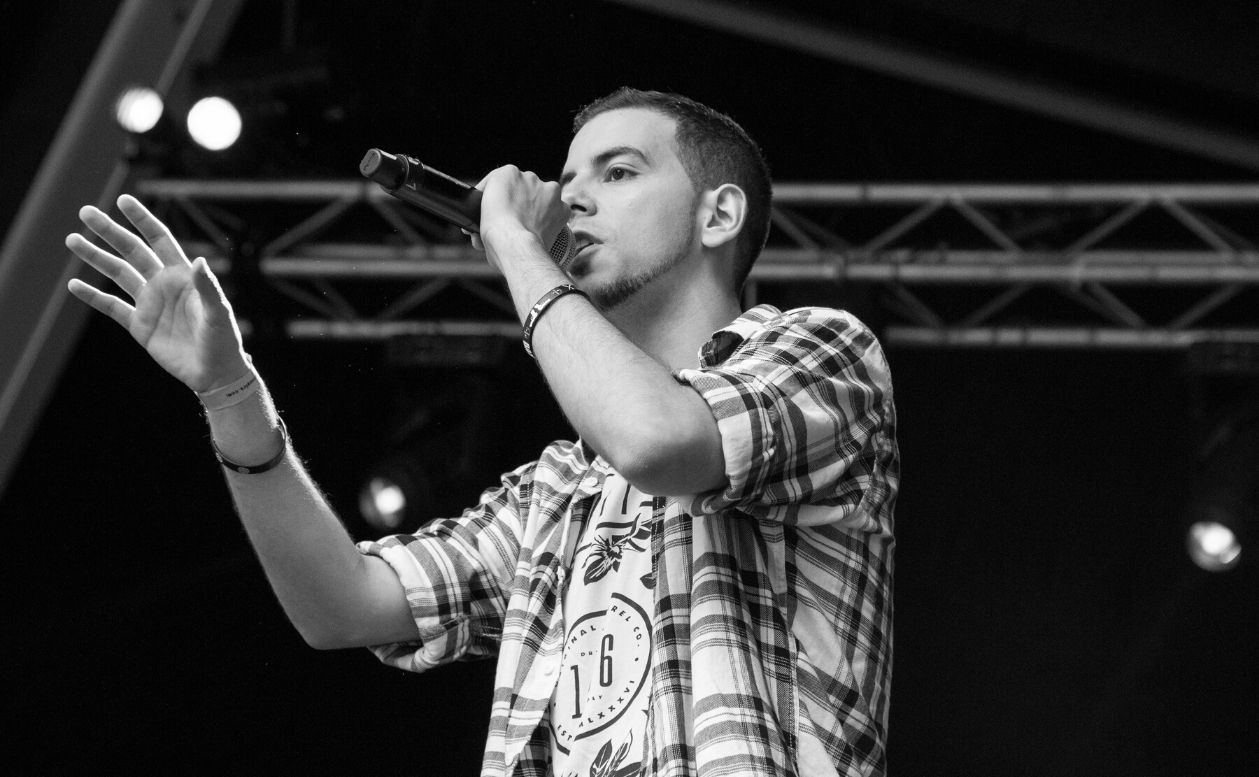 Juan SNK is a rapper from the Besós-Maresme neighbourhood (Barcelona) whose musical proposal came from Cabal Musical (www.cabalmusical.cat), a social innovation project for the inclusion of artists from underprivileged neighbourhoods and areas, based on the artistic accompaniment of young musical talents. Participating groups and musicians receive training, guidance, and resources to turn their creative concerns into entrepreneurial projects and in order for them to enter the sector.

His work gives birth to a new way of enjoying rap with total freedom. When a rapper and a jazz band meet, the following happens: rap merges with jazz, funk, blues, and soul, giving rise to a totally new and stimulating concept, a thing that has rarely been achieved in Spain, if we speak of composition and lyrics themselves. This is what is shown in the project starring Juan SNK, a young MC from Barcelona with a wide trajectory in the world of improvisation and fusion with other styles.

The band that accompanies Juan is formed by David Pastor on trumpet, Mario Roldán on tenor sax, Eva Garín on baritone sax and trombone, Yeray Hernández on electric guitar, Alex Badia on the keyboard, Julio Bernardo on electric bass and Pere Foved on drums. 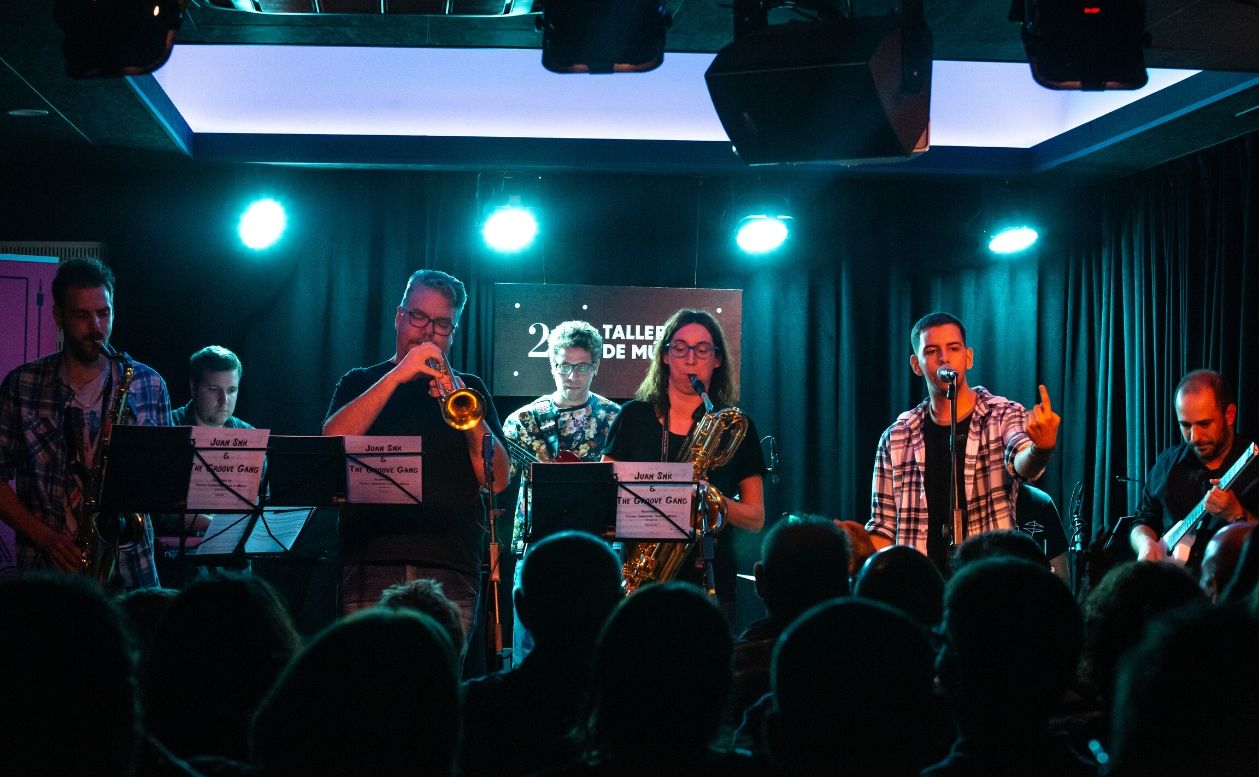 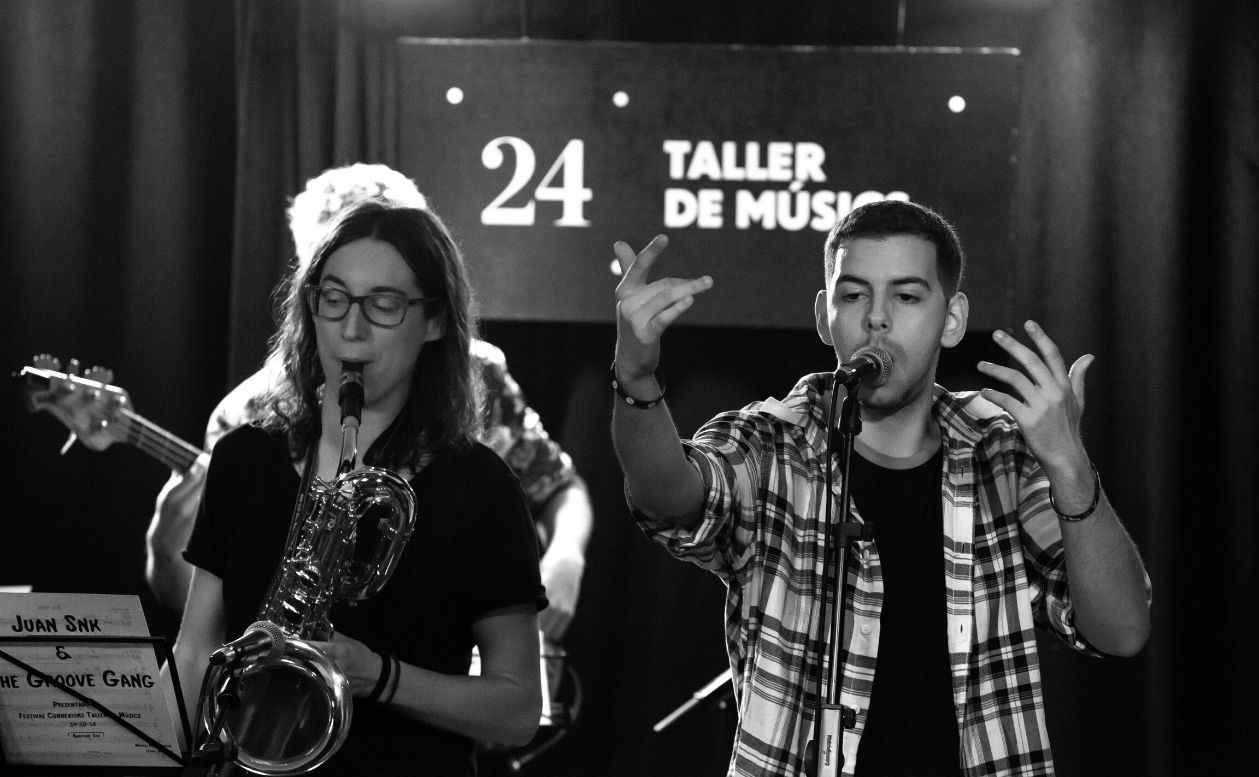