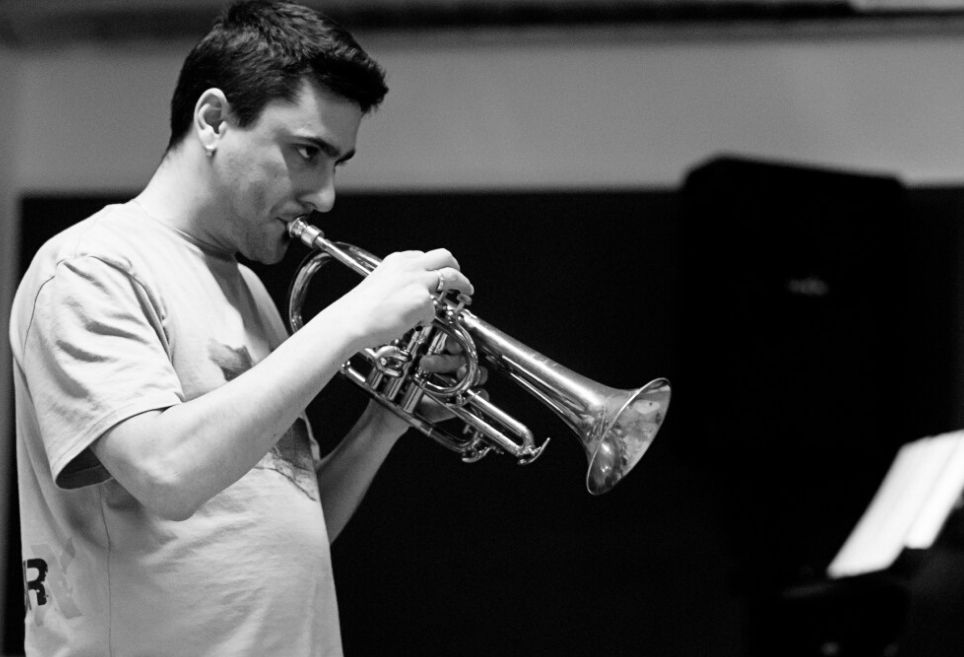 Born in Santa Cruz de Tenerife in 1981, he began his studies of solfege, music theory and trumpet in 1996 at the Music Academy of the Puerto de la Cruz Municipal Band under the guidance of Professor D. José León Medrano.

In 2002, he continued studying modern harmony and improvisation with Juan Carlos León ‘Mosco’ at the municipal music school of Icod de los Vinos. In 2006 he moved to Barcelona and studied with Juan de Diego, Matthew Simon, David Pastor and Mireia Farrés.

In June 2013, he finished his degree in Jazz and Modern Music at the Bachelor of Music Taller de Músics, performing a tribute concert to Freddie Hubbard with songs composed with Isaac Coll. He also won the 8th Trumpet in the category of classical music by the Associated Board of the Royal Schools of Music (London).

During these years he has attended seminars and courses where he received lessons from Maurice André, Eric Aubier, Claudio Roditi, Jouko Harjane or José María Ortiz. In August 2014, he even more stayed in Los Angeles (California) where he received classes from Arturo Sandoval and Gary Grant.

He played at jazz festivals in for example San Sebastián, Madrid, Terrassa, Canarias, Lugo, Bonn and Barcelona, and at other music festivals, Sónar (Barcelona) or Keroxen (Tenerife). Nowadays, he is a trumpet teacher at the Escola Superior d’Estudis Musicals del Taller de Músics (ESEM-Taller de Músics) and soon he will start teaching at the Andalucía Brass Academy (Córdoba) and at the Aula de Sanganxa (Valencia).