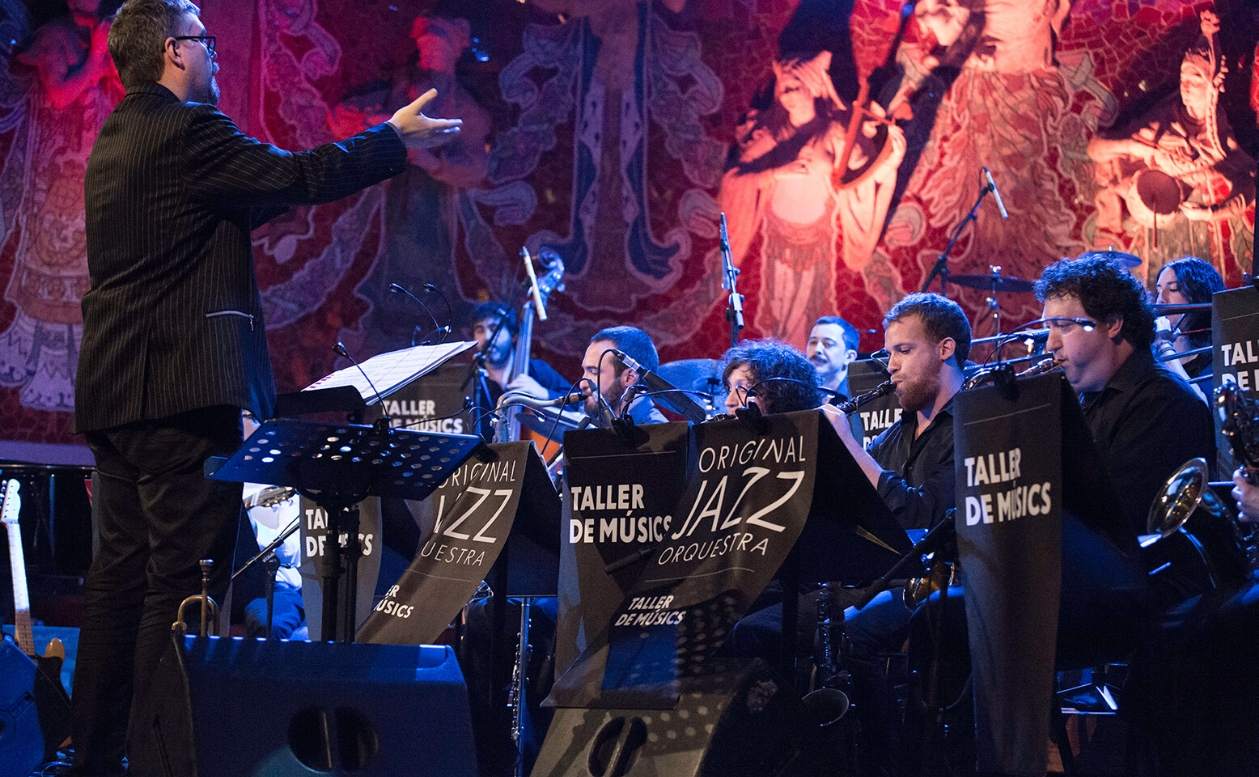 The Original Jazz Orchestra Taller de Músics (OJO) was born out of the idea to create an environment that allows the avant-garde author to have a big band to carry out and present his work.

It is currently conducted by David Pastor. Thanks to the work carried out over the years, OJO has today reached a high level of artistic quality and a strong personality of its own, becoming one of the most sought-after orchestras by artists and programmers. In line with the great American and European orchestras, it fills compositions with original sound, of artists such as Santiago Auserón, Mala Rodríguez, Martirio, Jorge Pardo, Big Mama, Sole Giménez, António Zambujo, Fundación Tony Manero  or Miqui Puig.

OJO as a formative orchestra

Besides being a way for artists to present their projects, the Original Jazz Orchestra also works as a pedagogical tool. The band is one of the Taller de Músics’ training orchestras, aimed at promoting young musicians who study at the Taller de Músics.

The first of these formative orchestras was Orquestra Taller de Músics, born in 1984 with the aim of gathering a selection of musicians who reached the intermediate level within the school’s formative programme, and who then received complimentary and specific training for staging. Later on, the Original Jazz Orchestra was born to gather the most outstanding talents of Orquestra Taller de Músics, increasing the levels of demand and excellence, providing them with a professional background. The Original Jazz Orchestra represents, therefore, a professional platform for young musicians, one more step in the learning process of incorporation onto stage and into the professional field.

David Pastor trained at the Musical de Sedaví, the authentic goldmine of Valencian jazz, from where some of the country’s great current ‘jazzmen’ have emerged. He was, without doubt, one of the school’s best students; a talented versatile trumpeter with a beautiful, polished, virtuoso sound that has captivated musicians such as Perico Sambeat, Ximo Tébar, Eladio Reinón, Mario Rossy, Frank Wess, Mike P. Mossman –one of his teachers–, Danilo Pérez, Slide Hampton, Pat Metheny and Paquito D’Rivera; and artists from other genres such as the likes of Presuntos Implicados and Celia Cruz.

Pastor’s catalogue of collaborations is almost without equal and is reinforced by his solo career with albums such as Introducing (Omix, 2002), Stringworks (Omix, 2005), Armageddon (Omix, 2012) or Nu Tunes & Old Tunes (Omix, 2014) with his trio Nu-Roots, an explosion of jazz and groove in which Pastor masterfully displays every ounce of his skill.

Today, the Original Jazz Orchestra already has a history of major productions, along with great artists of both national and international stature. Some of the most outstanding are the following:

Restless, risky and always willing to innovate, in recent years the artist has expanded his artistic repertoire with other musical styles, among which jazz has had a special significance. After making his debut as a crooner in January 2012 at the Sala Luz de Gas in Barcelona together with Laura Simó and Francesc Capella Trio, Palatchi presented the show Tête à Tête together with Alfonso de Vilallonga at the Sala Barts in Barcelona, at the Festival Internacional Castell de Peralada and at the Teatre Principal de Maó in Menorca. In November 2015 he offered his first solo show as the leader of a quintet, Stefano Palatchi in Swing, filling the Sala Luz de Gas in Barcelona again. More recently, this project was part of the line-up of the Santa Florentina Festival and the White Summer Festival.

Palatchi has travelled to New York, where he has been working on the jazz repertoire with Barry Levitt and Tommy James, pianist of the famous Duke Ellington Orchestra. His repertoire is very wide and varied, including standards and popular songs in several languages. With the recording of Breton’s La Dolores, he won a Latin Grammy, with Chapí’s Margarita la Tornera, he won a Latin Grammy nomination and with the album of Montsalvatge’s El Gato con Botas, he was nominated for a Grammy Award.

Now he takes a step forward with a new project, in which he will share the stage with the Original Jazz Orchestra Taller de Músics. A sensational proposal to enjoy Palatchi’s voice under the musical impact of a big band like OJO; more than fifteen musicians in action under the command of the renowned trumpet player David Pastor.

After twenty-six years as the singer of pop group Presuntos Implicados and of establishing herself as one of the most valued female voices on the Spanish song circuit, the Valencian singer Sole Giménez has seen in the language of jazz a new formula to demonstrate her talent. In a meeting with the Original Jazz Orchestra Taller de Músics, the singer reviews jazz and bolero standards under the direction of trumpeter David Pastor and more than fifteen musicians on stage.

Considered one of the stars of Portuguese song, he is part of the new generation of Portuguese musicians who have already visited stages all over the world. The meeting with the Original Jazz Orchestra Taller de Músics opened the 27th edition of the Mercat de Música Viva de Vic, in a night where styles such as fado, jazz and bossa nova were mixed by one of the most renowned voices of Portuguese music today.

It’s no secret that Anton Jarl, drummer of the Mambo Jambo, Koko Jean & The Tonics and Myriam Swamson, is passionate about jazz in lyrics. His project with John Coltrane is a declaration of love to the great Elvin Jones. On this occasion, Jarl coincides with the Original Jazz Orchestra Taller de Músics, in a meeting to pay tribute to Buddy Rich, a reference drummer who lived the transition from classical to modern jazz alongside artists like Tommy Dorsey, Dizzy Gillespie, Charlie Parker, Louis Armstrong and Frank Sinatra, among others. A proposal to revive the golden age of jazz through Jarl in the role of Buddy and the EYE playing the music of the Big Band that led this great reference. 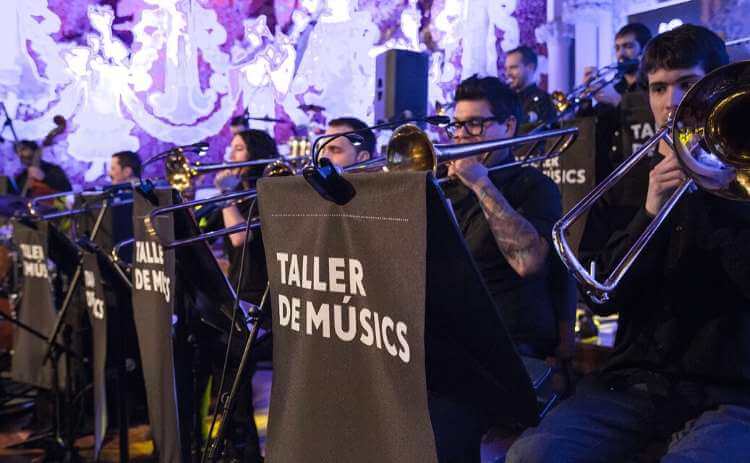 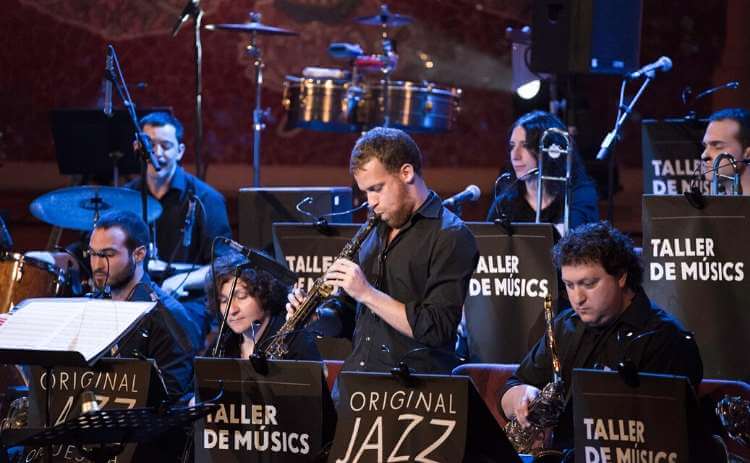 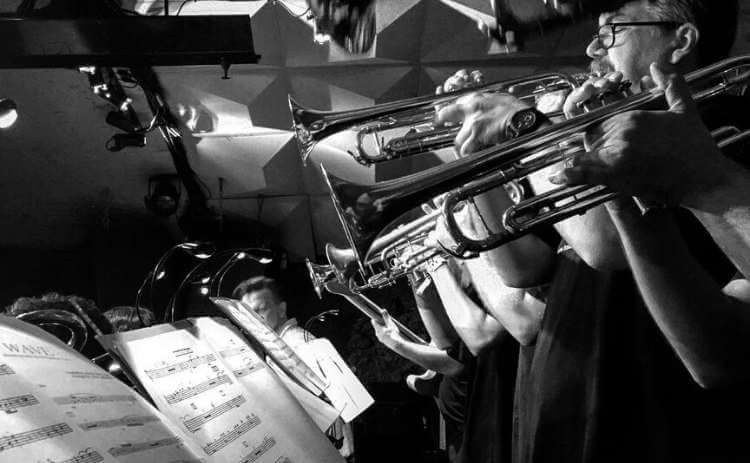 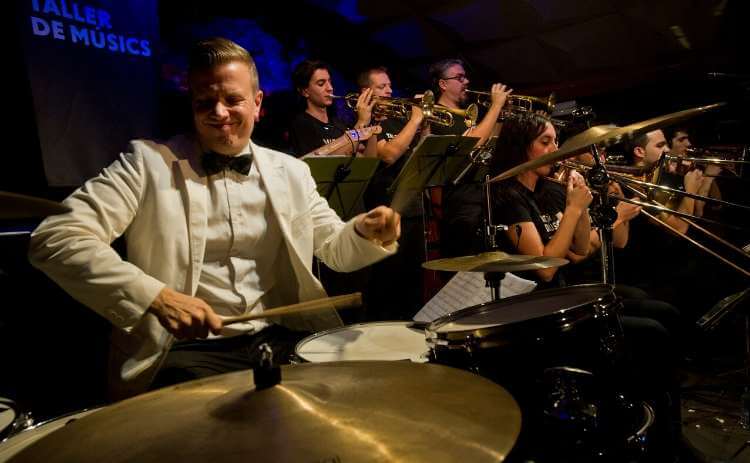