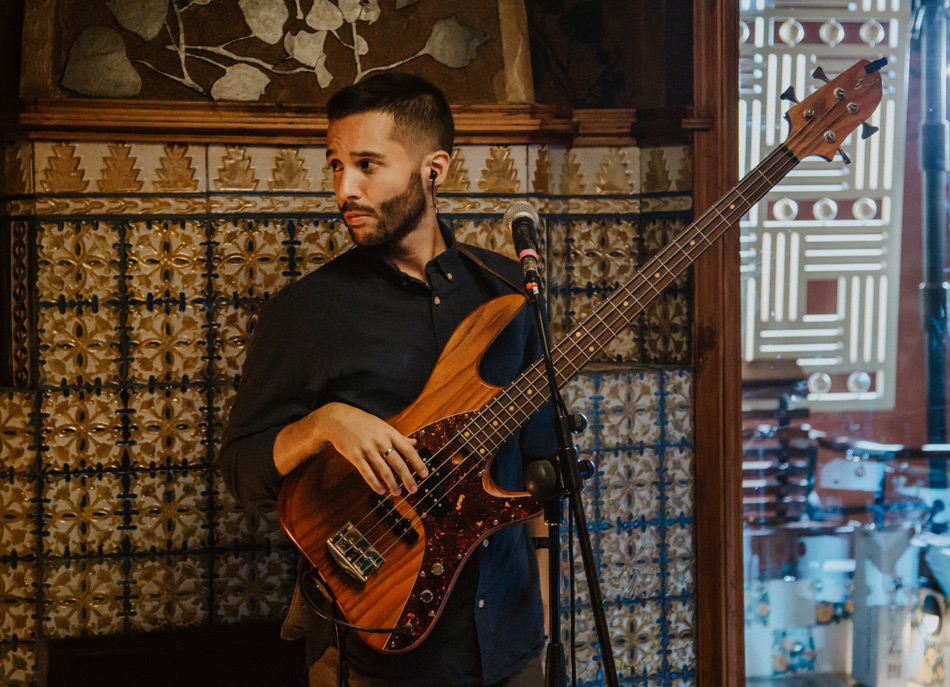 He began his musical studies at the age of 14 at the Music School of Capellades, studying classical piano with teachers such as Pere Lluís Biosca, Lluís Arnan Petit and Frederic Prat.

At the age of 17 he began to teach himself electric bass. Later, he studied Jazz and Modern Music at Taller de Músics Escola de Música. In 2017, he entered Taller de Músics ESEM on several scholarships, graduating in 2021.

As a performer he has played in various formations with very varied styles and has collaborated on several performances and recordings with the likes of Omar Sosa, Jofre Fité, Denis Suárez, Joel Ríos, Natsuko Sugao, Pau Solsona, Pep Mula, Edu Pons and Odette Telleria. He has also collaborated on recordings with artists such as Vance Joy, Enric Verdaguer and Pribiz.

Nowadays, he collaborates in several bands, and he is also starting a personal project, with with his own compositions and lyrics, and with Roger Calduch on drums and Clara Bosch on vocals.