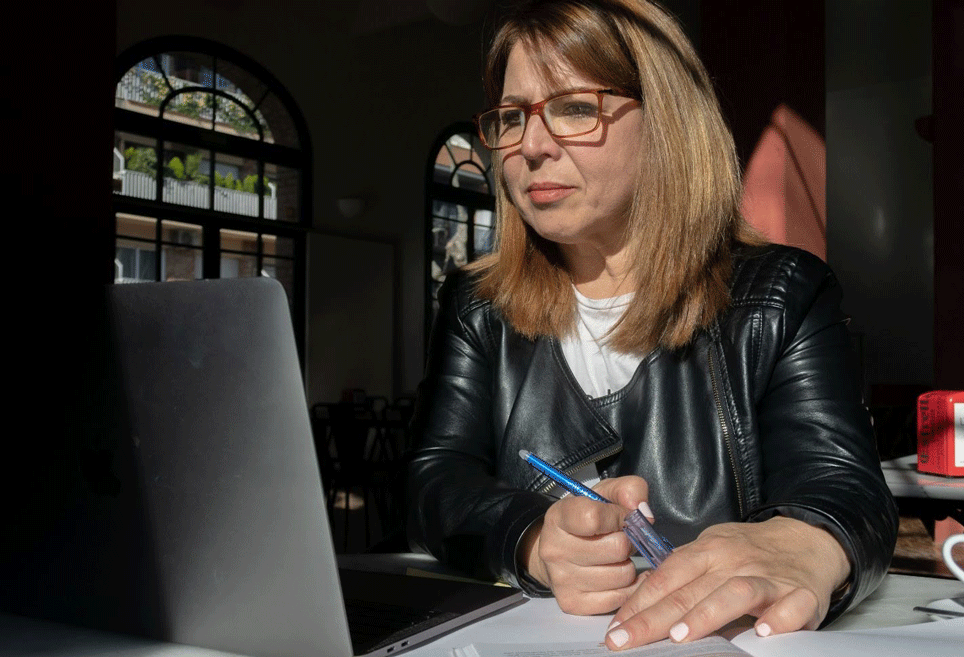 Trained in Music, Humanities, Finance and HR applied to the management of higher education centres specialised in music, she completed her studies with a Master in Business Management at EADA.

In the last four years, she held the position of General Manager of the group, where she promoted the official centre of Taller de Músics Escuela Superior de Estudios Musicales (ESEM). During these years she organised courses, international seminars, concerts and other activities of a national and international nature and exported the curriculum, academic management and the Management and Production Department of the Taller de Músics to Spain, Europe and Latin America.

She has also been an active member of numerous educational, musical and professional institutions, which include the most prestigious European and international music schools in the world (EMIPAC, Emmen, IASJ, among others). She later founded the School of Music in Sant Pere de Ribes, where she lived for five years. There she worked with Assumpció Malagarriga and with public and private institutions dedicated to the organisation of concerts such as the Liceu, the Palau de la Música Catalana or L’Auditori.

Since 2015 she has been managing her own project, Gaudi-U-Music, dedicated to the creation and management of cultural and educational projects in the field of music. Currently, she exclusively manages the activity of the Sant Andreu Jazz Band and the Jazzing – Festival de Jazz de Sant Andreu. She has also promoted, together with the musician Joan Chamorro, the 1st Jazz Education Stage.

Since 2019, she has been part of the Impulsa Cultura2019 project, where she receives training in sponsorship and patronage with the Sant Andreu Jazz Band project, one of the finalist projects for 2019.