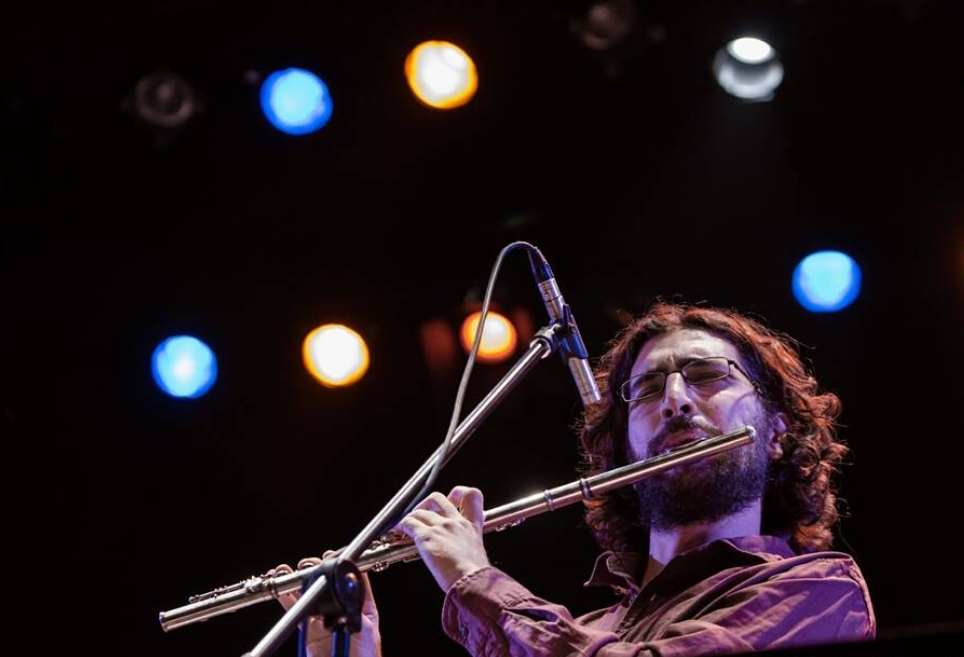 Born in Malaga in 1988, he had a long career in the world of classical music before devoting himself fully to jazz and modern music. He began his studies at the age of eight at the Ateneo de Málaga and graduated in 2010 from the Conservatorio Superior de Málaga, after having completed his Bachelor of Music at the Royal College of London.

He studied jazz and modern music in a self-taught way and soon afterwards he collaborated with musicians like Ernesto Aurignac (forming part of his Orchestra and recording the album UNO), Enrique Oliver, Julián Sánchez, Juan Galiardo or Javier Galiana.

Fernando Brox shared stage with musicians such as Perico Sambeat, Toni Belenguer, Dani Pérez, Ramón Prats, Martín Leiton, José Carra and Arturo Serra. Since 2015 he has been living in Barcelona, where he collaborates with musicians such as Dimitri Skidanov, Aldo Cavigglia, Manel Fortiá, Roger Gutiérrez, Juan Pablo Bálcazar and Iván González, among others.

In 2015 he won the prize for best soloist with the Daniel Torres Quintet at the Concurso del Portón del Jazz, a festival held in Alhaurín de la Torre, Málaga. He currently leads his own project as an instrumentalist and composer, Brox Quartet, together with Toni Saigi, Andreu Pitarch and Pau Sala. In addition, he is part of several projects at a national level, such as Chiva Quartet, by Juan Pablo Balcázar, together with Marco Mezquida and Juan Berbín. He also collaborates in the personal project of the percussionist and guitarist from Cadiz, Carlos Cortés Bustamante, and is a regular collaborator of Martín Leiton’s Big Band. Fernando Brox teaches flute at the Taller de Músics Escola.