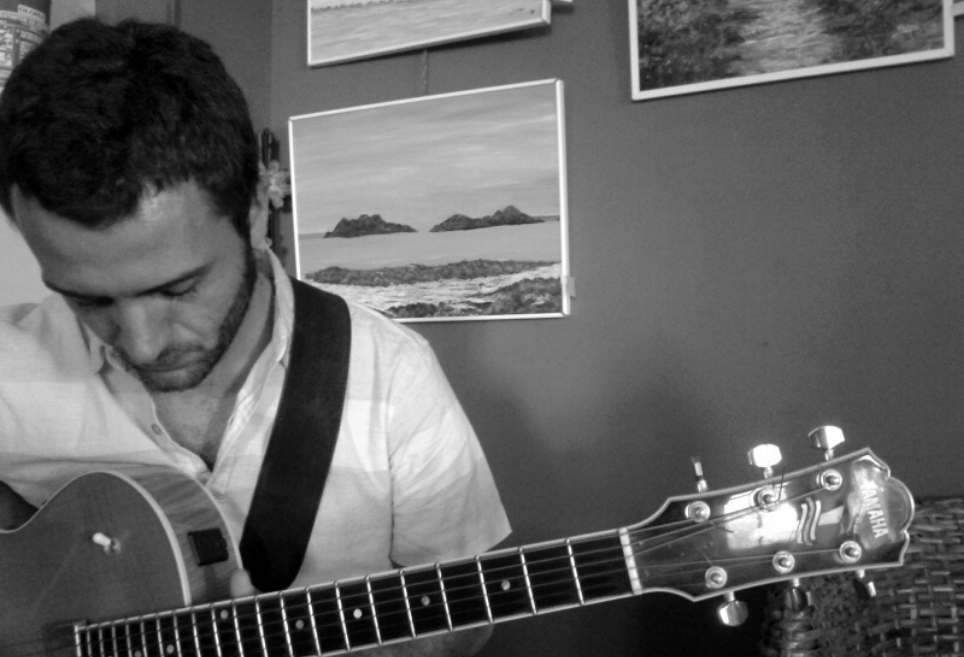 Guitarist and composer born in Vigo, Galicia. Iago Marta has a Higher Degree in Jazz from the Conservatori del Liceu and a Master’s Degree in music as an interdisciplinary art from the University of Barcelona – ESMUC. He has trained with teachers such as Leo Brouwer, Joan Albert Amargós, Jorge Rossy, Seamus Blake, Tim Miller and Ben Street, among others.

Iago Marta has been part of very diverse musical projects such as Catpeople, Recitals a domicili, Yexza Lara Quartet, Iago Marta- Ruben Fernandez, Sireno and Why Go, playing many genres (jazz, pop, music poetry, rock, folk…). He has recorded several albums with his own projects and collaborations: Son do mar (2013) by Iago Marta-Rubén Fernández, Camino (2017) and Encuentros (2014) by Yexza Lara Quartet, Recitals a domicili (2014) and Iago Marta Trio (2011), and has played with musicians such as Sebastián Merlín, Jordi Bonell, Roger Blavia, Jon Robles, Pablo Selnik and Félix Rossy.

In recent years, the guitarist and composer has focused on music for film. He composed the soundtrack for the short films Las vacas de Wisconsin (2016) and Nelson (2016), by the production company Eldedoenelojo. and composed for short documentaries such as O Castelo da froita (2017). Currently, he is working on other fiction, animation and theatre projects.