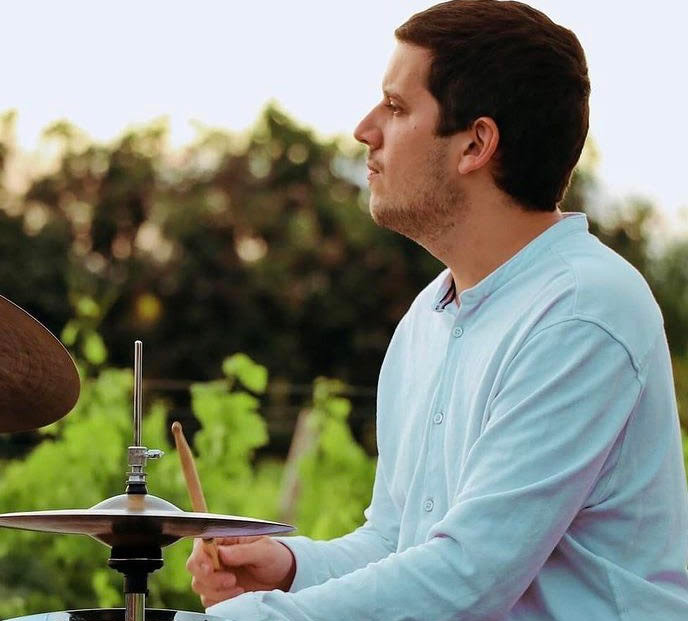 Born in Vilafranca del Penedès, Adrià began his career in the field of traditional music and later, at the Maria Dolors Calvet Municipal School, he began to play the drums. Soon afterwards he moved to Barcelona, first to the Taller de Músics and later to the Conservatori del Liceu, where he received a scholarship from the Fundació de Música Ferrer Salat. At this stage he was a student of some of the most important musicians on the Barcelona scene. In particular, Pablo Posa, Aldo Caviglia, Marc Miralta and David Xirgu stand out as his drum teachers.

With a degree in Modern Music and Jazz and a Master’s in Modern Music and Jazz Performance, from early on Claramunt has combined teaching with his professional career. He has participated in several editions of the Begues, Alhaurín de la Torre, and Siena Seminars, where he has taught alongside Jorge Rossy, Victor Lewis, Joey Baron and Joe Chambers, among others.

Thanks to these projects he has been able to perform at renowned festivals in Berlin, Manchester, Katowice, Mallorca, Seville, Madrid and Barcelona, among others.

In addition, he is also active on the traditional Catalan music scene, playing pop with Lucas Dalman and performing in musicals such as Pum-Sum-Ka, Generació de Merda and Jazz Bodas de Fígaro, directed by Paco Mir.