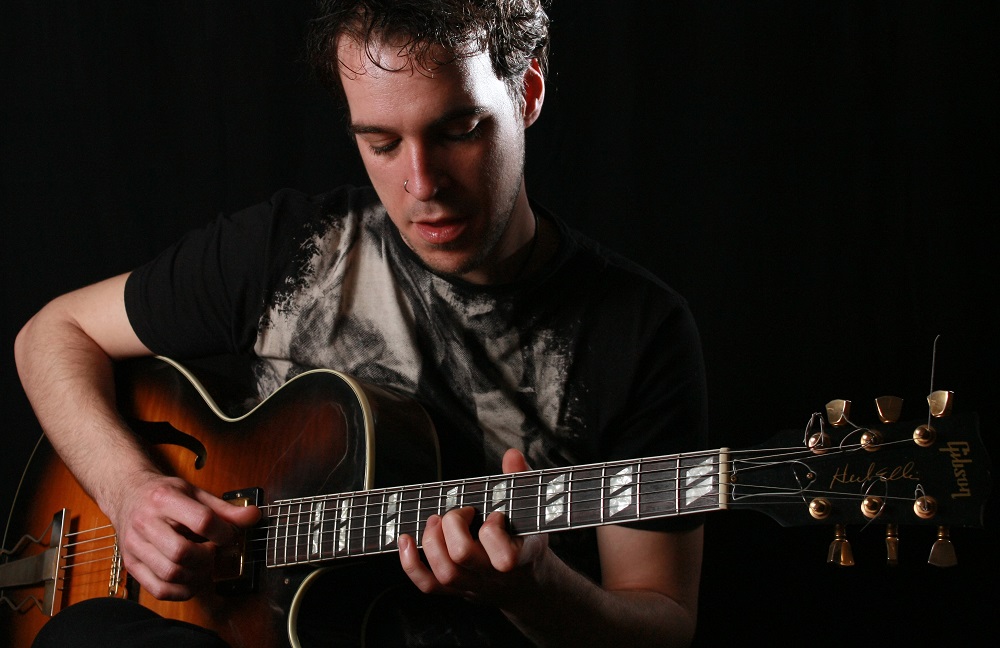 Guitarist currently living in Barcelona. At this time he is studying his Bachelor of Music in Taller de Músics while playing in several bands. He began his jazz specialization in his birthplace, in Murcia, and over the years, he had the opportunity to learn with professors such as Michael Lauren, Albert Vila or Jorge Pardo. In addition, he has participated in many workshops such as Spring Meeting in Sedajazz (Valencia).

In 2013 he began his studies in Berlin with the guitarist Giorgio Crobu and participated in the panorama of jazz music in the city joining other musicians to work on many projects and taking advantage of the artistic scene that Berlin offered to him.

After that period in Berlin he moved to New York for three months to attend a music training. In this city, he shared experiences, knowledge and creations with other musicians living in NY and living an incomparable artistic experience. During his stay, he had the opportunity to broaden his studies by learning from musicians such as Peter Bernstein or Barry Harris.

In 2018 he participated in the publication Jazz en España: Músicos, festivals y salas edited by EdictOràlia.

The music critic José Antonio García López wrote in the online jazz magazine Tomajazz the review titled “Jazz con Agallas” where he expressed the following lines: “The effort and work are the most important thing, especially thinking on the artistic path of someone who is looking to play a role in the music scene and, specifically, in the jazz music scene”.