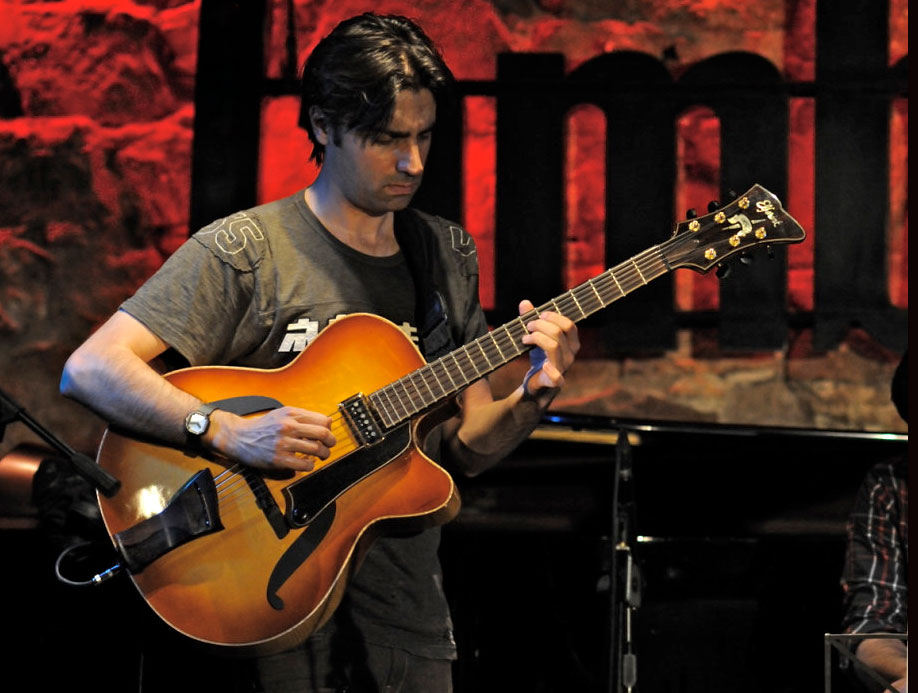 Andreu Zaragoza is one of the most active guitarists of his generation. Coming from a musical family, he grew up surrounded by guitars and music. His musical training began at the Taller de Músics and L’Aula, and after a few years living between Barcelona and New York, he graduated from the ESMUC.

He leads his own quartet and works with many musicians on the national and international scene, including Seamus Blake, Esperanza Spalding, Michael League and Brannen Temple.

His music has been heard in the principal clubs and festivals in the country, where he has performed with outstanding musicians such as Clara Luna, Horacio Fumero, Albert Bover, Rai Ferrer, Pablo Selnik, Jeppe Rasmussen, Llibert Fortuny, Sabina Witt, Xavi Maureta, Marta Garrett, Arecio Smith and Magalí Datzira, among many others.

His compositions were captured on the album Quatriometry (2011), recorded with saxophonist Seamus Blake, pianist Abel Boquera and drummer Ramon Prats, which they toured several times. He also co-led the album Girassol (2015) with singer Rubén Fernández and composed and produced two albums with his jazz/electronic group TGX: Ara o mai (2003) and Wide Songs (2005).

For 10 years (1998-2008) he produced pedagogical articles, testbeds, and guitar recordings for the magazine Guitarra Total.

He also led the weekly jam sessions at the Heliogàbal club for 5 years (2008-2012), where he played with most of the jazz musicians on the Barcelona scene.