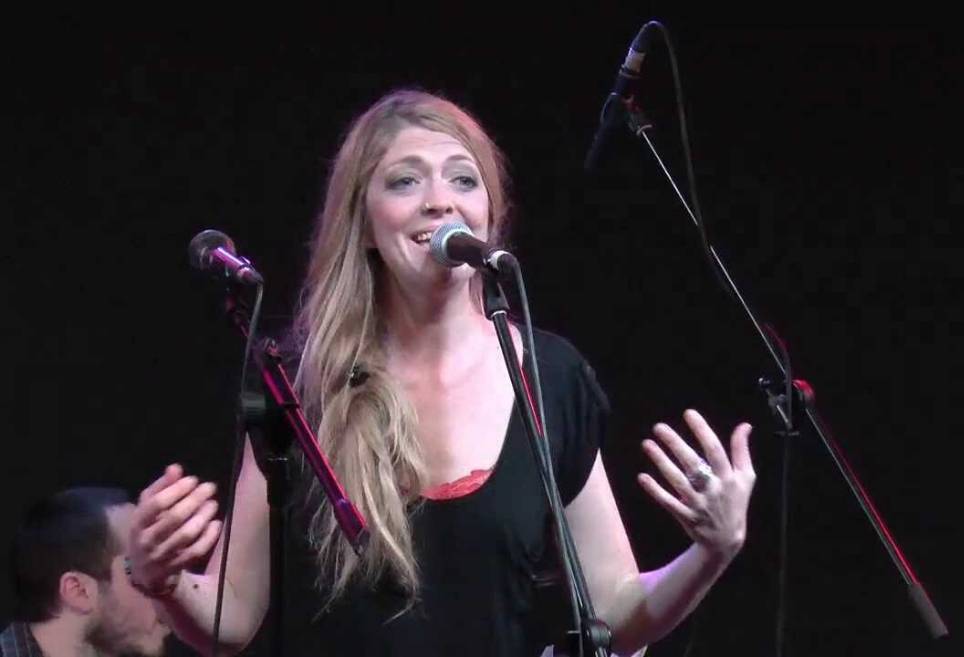 Ariadna Chevalley studied classical piano in Tenerife and furthered her voice training with Brownwin Evans. Later she studied Music Education, obtaining the title of University Expert in methods and resources of Musical Education. Her interest in singing brings her to Barcelona, where she expanded her training at the Taller de Musics. In 2013 she graduated in the speciality of modern voice at the Taller de Musics Escola Superior d’Estudis Musicals and was trained by professionals such as Silvia Pérez, Xevi García, Viv Manning, Anna Luna, Vicens Solsona and Odeth Tellería, among others.

Her curiosity for modern music has led her to be part of several funk, soul, rock and electronic music groups. Blue Wagon, Groove Factory, Guincho, Petit Comitè or Proyecto EN, are some of them. It is worth mentioning her performances in Colombia with Jaz Jacob (2014), with El Guincho at the Primavera Sound (Barcelona 2011), with Groove Factory as supporters of Dennis Chambers (Heineken Jazz Festival, Tenerife and Las Palmas de Gran Canaria 2007) and her presentation at the Berlin stadium (Calling All the Nations, 2006). She is currently participating as a singer in the gospel group Vocal Groove Barcelona, while working on her personal project at the same time.

Ariadna Chevalley has also developed as a studio singer, recording songs in Spanish for animated films such as The Book of Life (20th Century Fox Animation), Fuxia the Little Witch (Walt Disney), the opening of Arale and the Doctor Slump or the children’s series Pispas. She also works in the studio, participating in the vocal production of the album Hiperasia by El Guincho (2015).

On a pedagogical level, Ariadna Chevalley has more than ten years of experience. In addition to teaching technique and interpretation of modern singing and jazz, she has taught modern combo, children’s combo, piano, musical language and musical awareness at the Passatge music school. She combines her work as a teacher with music auditions (rock, soul, ethnic music, music and solidarity and Cuban music) for the company Bat Audicions Musicals. Every year, she also gives workshops for different associations in Switzerland.