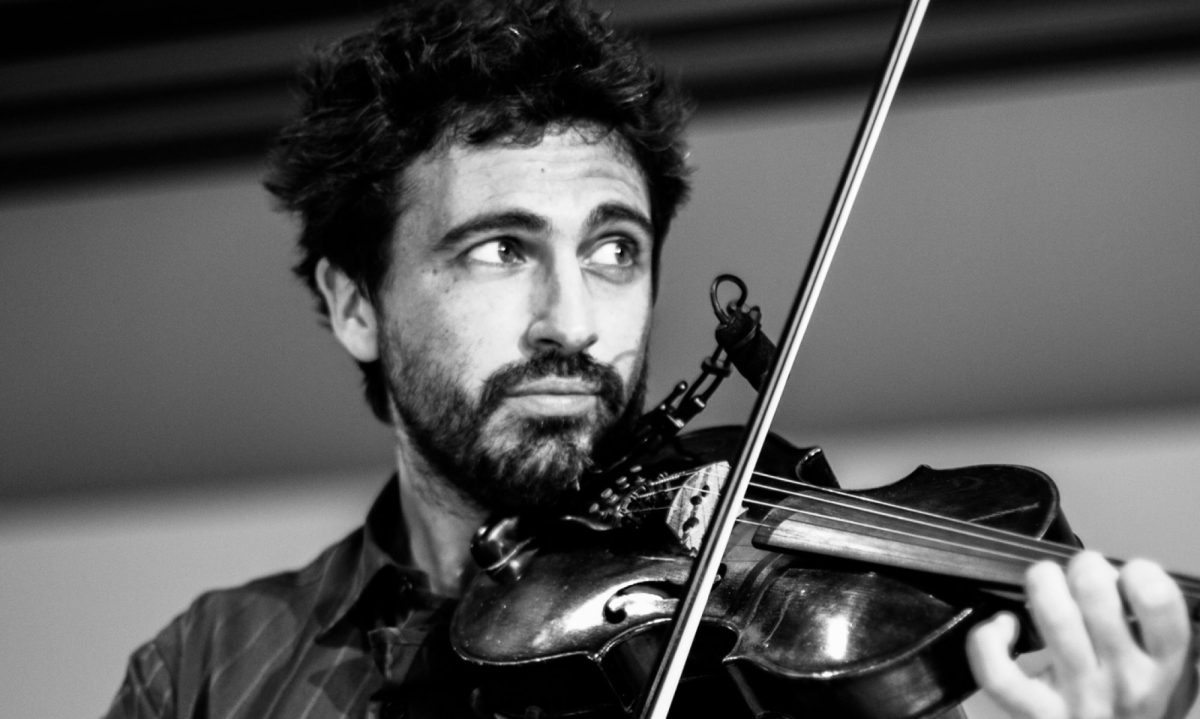 Born in 1978, Asier Suberbiola is a violinist, with a degree in Pedagogy EHU-UPV from the Public University of the Basque Country and a postgraduate degree in composition and contemporary technologies from the Pompeu Fabra University in Barcelona.

Since 2001, he has received master classes in violin, in-depth violin technique and group work on string instruments, as well as courses in improvisation, musical computing, Alexander Technique, jazz improvisation with string instruments and Creative String Workshop2010. He has been in the hands of teachers such as Joan Llinares, Anne Landa, Sheila Nelson, Christian Howes, Jeremy Kittel, Billy Contreras and Alex Hargreaves, among others.

He spent eight years in the chamber orchestra Et Incarnatus (contemporary music) until 2007, where he performed with jazz saxophonist Phil Woods. Afterwards, he has performed live with the musicians Kepa Junkera, Oskorri, Dulce Pontes and Rafa Pons, and has been part of the pedagogic quartet Hariak Dantzan and has been violinist of the singer Julia León (Sephardic music) for four years. Since 2006, he has been a member of the Acadèmia Gran Teatre del Liceu Orchestra and has collaborated with the Orquestra Simfònica de Cobla i Corda de Catalunya and the Orquestra Camera Musicae. He is currently a regular contributor to the Orquestra Simfònica Julià Carbonell de Les Terres de Lleida.

He is also a violinist with the Orquestra Cordes del Món and works on the projects Aupa Quartet (string quartet focused on the creation of jazz and world music), Oratio Trio (with jazz keyboardist Claudio Nervi), with which he won the 2009 CoNCA (National Council for Culture and the Arts) prize.