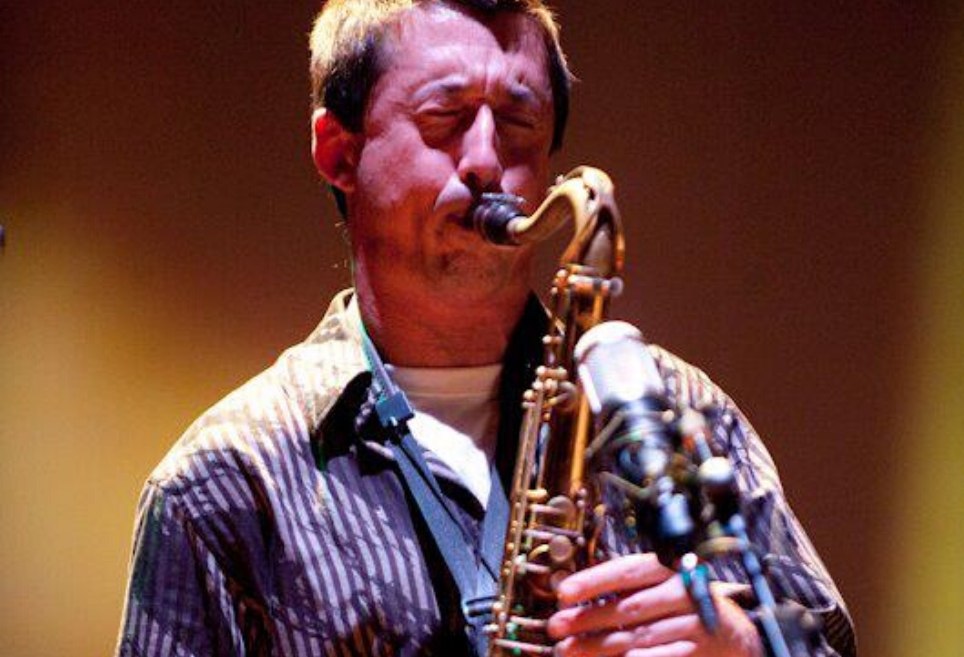 Born in Barcelona in 1965, Cesc Miralta began his clarinet studies with Jesús Rodríguez-Picó, taking six clarinet courses at the Badalona Professional Conservatory of Music and at the same time beginning his saxophone studies with Ramón Cardo. Currently, he has the Superior Title of Saxophone of the ESMUC.

He participated in several seminars, both in jazz and classical music. Some of the jazz musicians that he received classes from include Jerry Bergonzi, Dave Liebman, Donald Harrison, Richie Beirach, Marc Johnson, Tete Montoliu, Max Roach and Odean Pope. And, among those of classical music, and Michel Lethiec, Laszlo Horvath, Jean-Max Dussert and Joan Enric Lluna.

Cesc Miralta performed at festivals in Barcelona, Terrassa, Debrecen (Hungary), Getxo and Vigo, among others, and has participated in the European Big Bands competition held in Berlin. Professionally, he shared the stage with international figures such as Dick Oatts and Jerry Bergonzi. At a national level, with for example Tete Montoliu, Perico Sambeat, Llibert Fortuny, Raynald Colom, José Reinoso, Dani Pérez, Marc Miralta, David Xirgu and Jordi Rossy.

He has recorded some twenty CDs and leads his Cesc Miralta Quartet project, with an original repertoire and three albums on the market, Sol de nit, Carretera austral and Gaudí, invisible forms. Precisely for the album Sol de nit, he won the prize for Best Jazz Album in the Catalan Record of the Year Award 2000, promoted by Radio 4. As a teacher, Cesc Miralta he has taught at the Taller de Músics, at the Virtèlia School, Maribaus and at the Palau de Plegamans Municipal School.