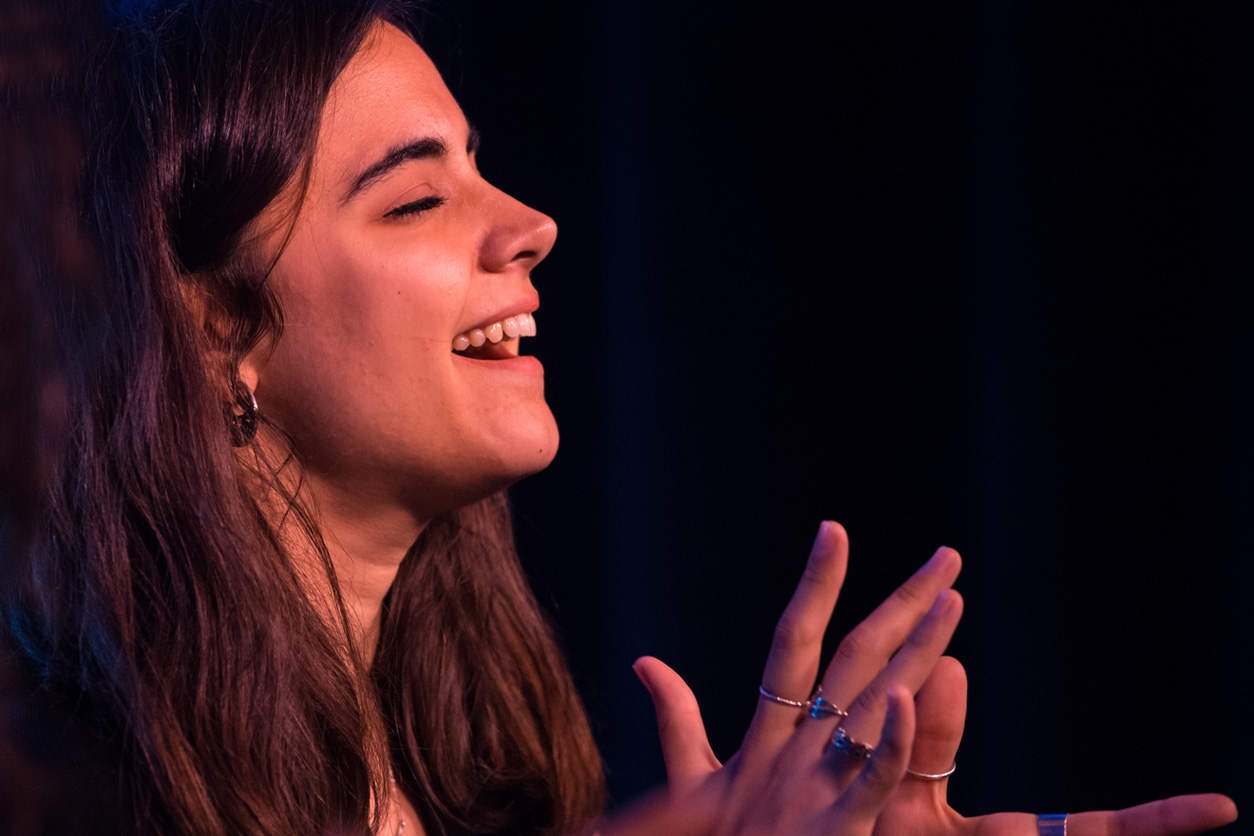 Clara Fiol Dols (1995, Palma) is a singer, composer and poet. She graduated with a Bachelor in singing at Taller de Músics and is a member of the band Marala with which she recorded A trenc d’alba (U98 Music, 2020). In addition, she has undertaken a personal project featuring her own songs and a collaboration by the guitarist Joan Vallbona, with whom she published the work Silueta (self-edited, 2018) in 2018. As a poet she released the book Miloques i Rabasses (2018, Documenta Balear).

Clara Fiol began her music studies when she was a child at Escola de Música Ireneu Segarra and the Joventuts Musicals of the Illes Balears University. She obtained the professional degree on classic dance performance by the Conservatoy of the Balearic Islands. In 2013 she moved to Barcelona to broaden her music studies and, two years later, she got into Taller de Músics ESEM where she specialized in Jazz singing.

In 2017 Clara Fiol won the 1st award in the Ona Musicat Contest with the guitarist Joan Vallbona. A year later her first album was recorded Silueta (self-edition, 2018). That year she also received the Enderrok award for the best revelation artist and published her first collection of poems Miloques I Rabasses (Documenta Balear, 2018).

On stage, Clara Fiol offers music linked to tradition and old songwriting from the approach of the modern and contemporary standards. Her latest release is Refilars, a tribute to Tonades de glosat from her birthplace.

Since 2016 she has been working on the duet with Joan Vallbona and the band Marala, with whom she has published the first album A trenc d’alba (U98 Music, 2020).