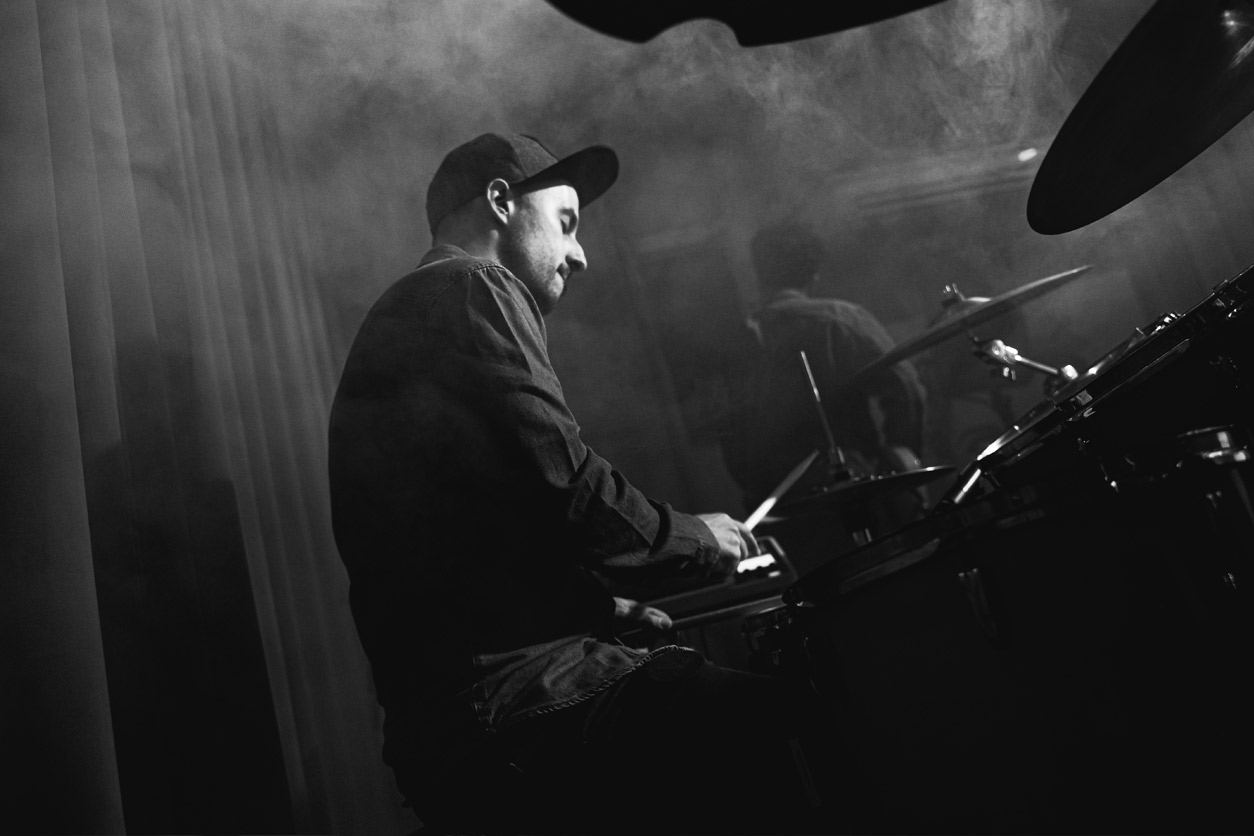 Dani Cea was born in Mataró and from a very young age has had musical connections since his father is also a musician. At the age of 4 he began playing the piano and studying at music schools in Mataró and at the age of 11 he obtained the basic level diploma with the saxophone as his main instrument from the Balmes school in Mataró. Two years later, he moved to Medina del Campo (Valladolid) where he continued his studies, as well as playing with the city’s municipal band. At the age of 17, however, he discovered the drums and began to play in different groups in the province of Valladolid and in several orchestras.

Later, in Madrid, he received drum lessons from Ángel Crespo (as well as Ana Belén, Víctor Manuel, and others.) and attended masterclasses by Horacio el Negro, Alex Acuña and Mike Mangini, among others. In 2011 he returned to Barcelona to study drums at the Taller de Músics with Pablo Posa. He also received lessons from Salvador Niebla and Toni Mateos. In 2016 he began his higher studies in jazz and modern music at Taller de Músics ESEM, which he completed four years later. There, he studied drums with Marc Ayza, Ramón Ángel Rey and Toni Pagés, and attended combos with Miguel Ángel Cordero, Víctor de Diego, David Mengual and Vicenç Solsona, with whom he worked on different styles, from classic jazz to today’s jazz fusion.

As a musician, he has played and recorded albums with different bands in Valladolid. In Barcelona he is part of different local bands like Ultraplayback, Taibi, Sanjays and Dead Parties. He is also part of the group of musicians who accompany Carlos Sadness on his tours. He has played with Carlos for 4 years in festivals like Arenal Sound, Cruïlla, Low Cost and Santander music, among others. He also participated in the Spanish tour of the musical Casi normales.