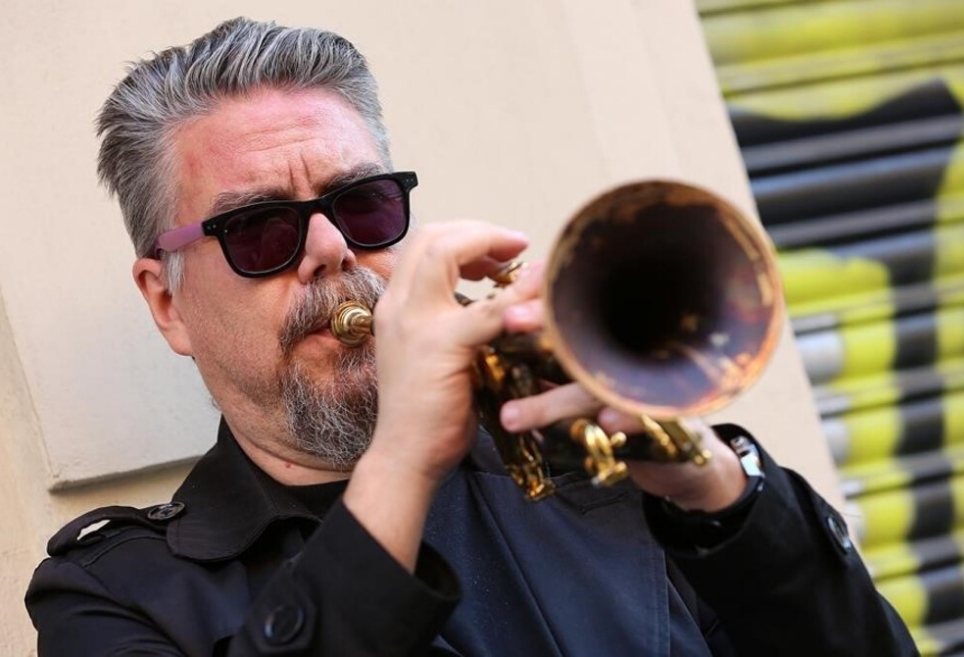 Trumpeter David Pastor (1974, Sedaví, Valencia) began his musical studies, as a child, in the Agrupació Musical Santa Cecilia de Sedaví. Since then. He has been continuously trained by excellent trumpet players and teachers such as Manuel López, who studied at the Valencia Conservatory and at the Barcelona Municipal School of Music, where he was awarded the Honorary Prize at the end of his studies under the supervision of Jaume Espigolé.

In 1988 he began his jazz studies at the Taller de Jazz de Sedaví, which would later give rise to the emblematic Colectivo de Músicos Sedajazz, in which Pastor evolved as a trumpet player.

His interest in continuous training through study and experience in different styles allows him to acquire a lot of technical knowledge and artistic resources with the trumpet. David Pastor’s eclectic training and his multi-faceted musical ability allow him to develop his professional career in a broad way, collaborating with great artists and groups of different musical genres to whom he brings the creative essence of jazz.

At the same time, David Pastor leads Nu-Roots, a personal project with which he has published four albums, the last one being Motion (Dot Time Records, 2017). With Nu-Roots, Pastor turns all his musical experiences into a personal encounter between jazz and the more creative character of other styles, based on which he keeps on developing his professional career. Currently, Pastor is a trumpet teacher at the Taller de Músics de Barcelona and director of the OJO Big Band.