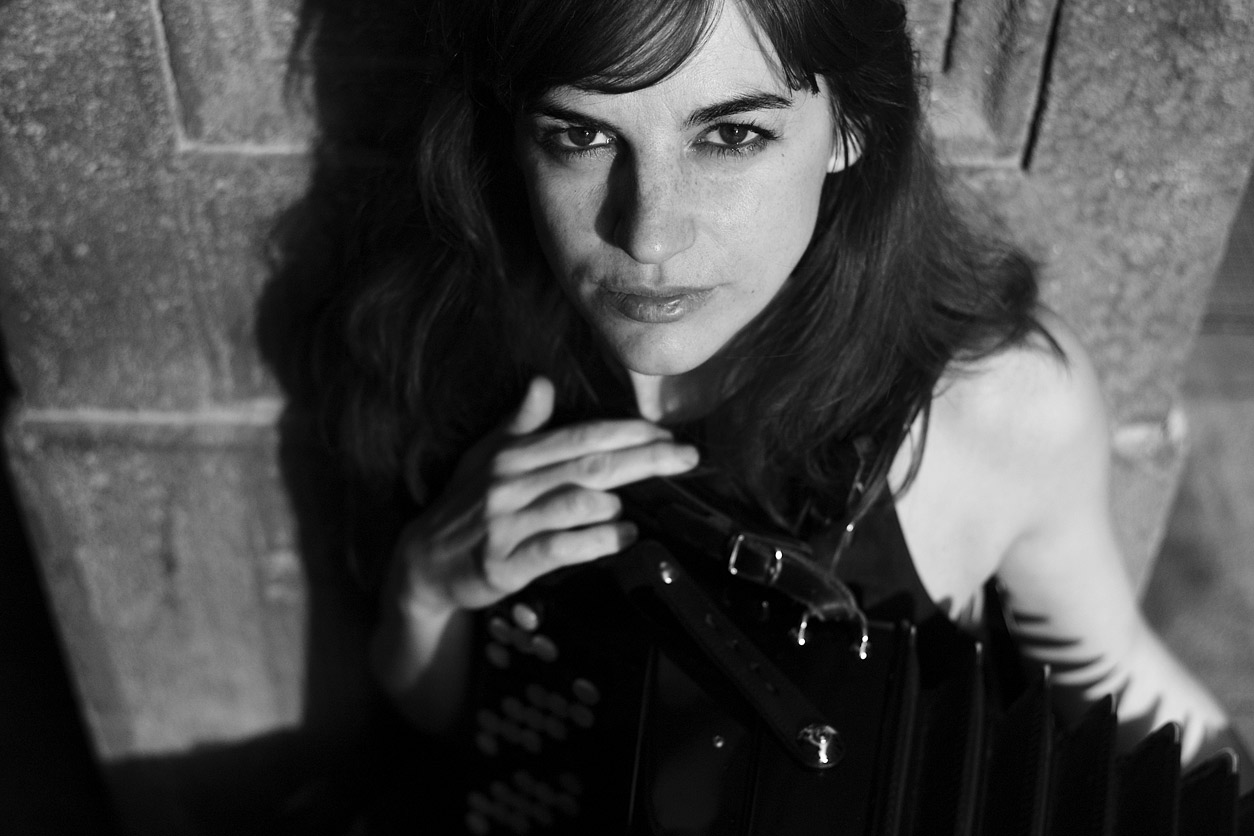 She graduated as an accordionist from the Pablo Sarasate Conservatory of Music in Pamplona with Professor Nekane Iturrioz. She has a degree in History and Science of Music from the Autonomous University of Barcelona. During these years she has taken an interest in researching ethnomusicology. She also studied modern singing at the Taller de Músics and musical theatre in Memory, and jazz accordion with accordionist Javier López Jaso.

She has been part of several musical projects as a singer, accordionist and composer since she was 17 years old. In addition, she released three albums with the Gor label and recorded an album with accordionist Gorka Hermosa.

As a performer, she collaborates with the Granollers Chamber Orchestra and as a soloist with the Liceu Guitar Orchestra. She works on several theatre projects, both in composition and performance. She is also part, with the company Pasadas las 4, La Ortiga and with the Slovenian conductor Tomaz Pandur, of the choir in Medea, a production of the Festival de Mérida. Her latest work is with the Lanònima Imperial dance company, in which she performs music for the show Musicolèpsia (TNC) along with trombonist and composer Frèdèric Filiatre.

Currently, she plays with several artists of the Barcelona music scene, such as Giulia Valle, Jose Alberto Medina, Marta Robles, Alba Carmona, Oriol Riart, Ana Garde and Björt Rúnarsdóttir. She has also recorded as an accordionist with double bassist Giulia Valle’s band Líbera and is recording with her band Durny Sweet. She is currently composing several soundtracks for short films and working on her first album with her own songs called Berlin.