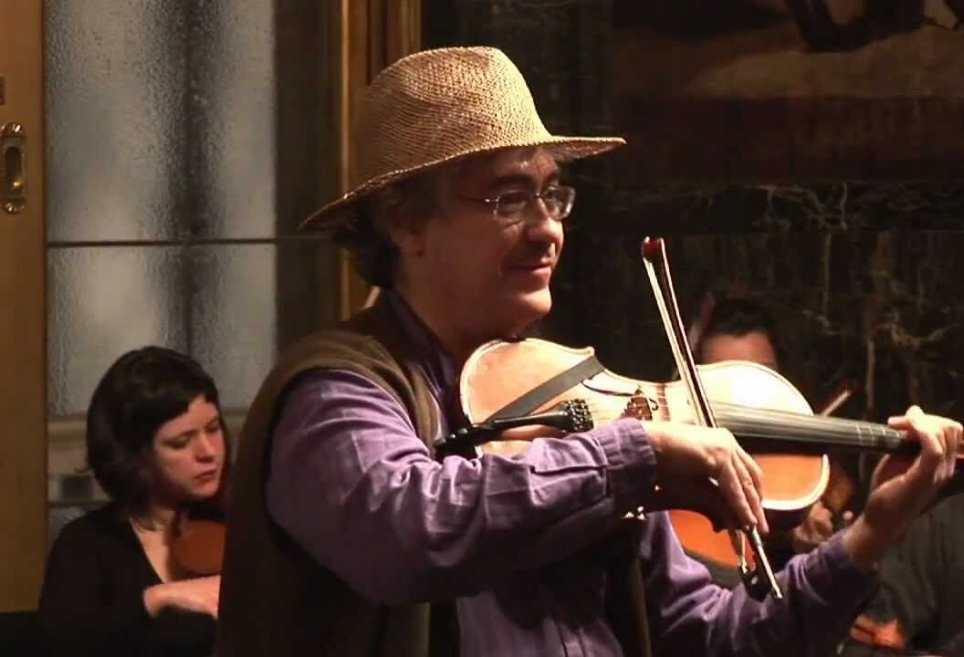 Born in Mexico City in 1961, son and grandson of Catalans, he began his piano and guitar studies in his hometown. In his training, family environment, classical school (Orfeó Català de Mèxic), popular autodidactic and several immersions in the study of folklore, ethnomusicology (UNAM of Mexico) and historical musicology converge.

In 1982 he moved to Catalonia to take courses in baroque guitar, lute and coded bass. Throughout this training, he has been able to work with masters such as José Miguel Moreno, Rolf Lislevand, Andrew Lawrence-King, Pascale Boquet, Jacques Baudoin, Cristian Lanau, Xavier Vidal and Ernesto Briceño. At the same time, he established a lively and direct link with the musicians of the Mexican and Catalan popular tradition.

Besides being a performer of traditional and historical string instruments, he is an arranger and composer, teacher and cultural promoter, and his work at the head of La Violinada d’Argelaguer (annual meeting of the stringed instruments) stands out. Equally remarkable is his facet as a glossator and specialist in improvised song genres.

As a teacher he has given classes and acted as coordinator in the Aula de Música Tradicional i Popular, Orfeó Català de Mèxic, Orfeó de Sants, Talleret d’Argelaguer, Casino Menestral de Figueres, Escoles d’estiu FESTCAT… and has given numerous workshops throughout the world, from Catalonia to South Korea, passing through the United States and Turkey.