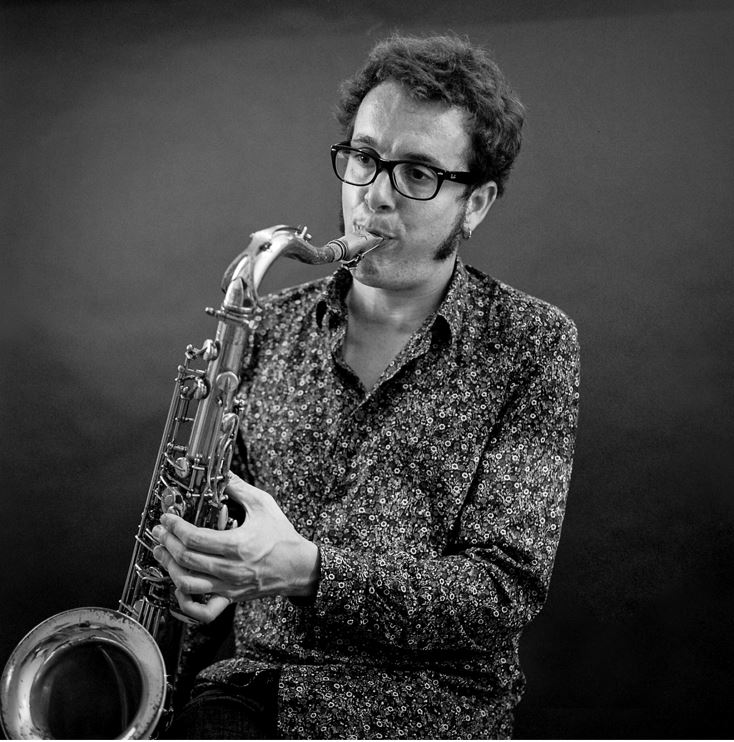 He started playing the saxophone at the age of thirteen. From the beginning, his musical training has been linked to a strong activity as a musician in groups of various styles of modern music. At the age of 18, he moved to Barcelona and began to study jazz at the Taller de Músics.

In 2008, he graduated in “History and Science of Music at the Universitat Autònoma de Barcelona” (UAB) and in 2014 he graduated in “Saxophone Performance in Jazz and Modern Music” at the Escola Superior de Música de Catalunya (ESMUC) where he studied with teachers such as Xavi Figuerola, Eladio Reinon, Gorka Benítez, Horacio Fumero, Gary Willis or Joan Monné. Here he also received different masterclasses by Gerry Bergonzi, Chris Cheek or Tim Garland.

In 2012, he was the musical director and arranger of the show “Songs of the hidden truth“, a co-production of the Bankrobber label and the Auditorio de Barcelona where Pere Calders’ stories were transformed into pop songs. In 2013, he stayed for six months at the Vienna Conservatory where he studied with the North American saxophonist Andy Middleton.

In the last fifteen years, he has been accumulating a lot of experience, which is why his curriculum shows great versatility. Currently, he leads the group The Gramophone Allstars Big Band, also working as an arranger of the formation that has six works of study behind him in ten years of existence. He has worked with bands as diverse as El Pequeño de Hace falta Eril, Mazoni, Smoking Bambino, Guillamino, Los Amigos de las Artes, Ojal, Eduard Gener, Dr Ring Ding or Ranking Soldiers (playing backing’ band of international reggae artists like Dennis Alcapone, Derrick Morgan or Bitty McLean) among others.

In 2016, he was the musical director of the TV3 Marathon band, playing live during the 15 hours of the program. Thanks to all these formations he has played at the main venues and national auditors festivals. He has also toured internationally in France, Germany and South Korea.