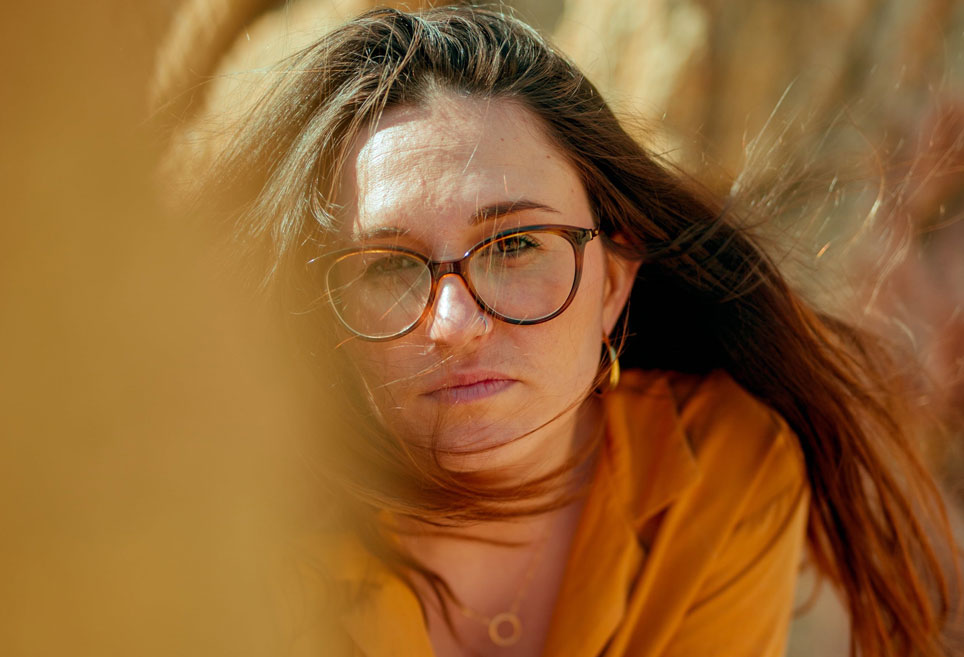 Gessamí Boada is a singer and composer. She graduated in Modern Singing and Jazz from the ESMUC and trained in Songwriting at the Popakademie Baden-Wurttemberg (Germany), in Estill Voice Training with Helen Rowson and Viv Manning and in body and voice control with Mariona Castillo and Bea Vergés. So far during her career, she has released two albums, White Flowers (Segell Microscopi, 2018) and On començo jo (Segell Microscopi, 2020), and has worked with artists such as Gertrudis, Elena Gadel, Judit Neddermann, Clara Peya, Vic Mirallas and Magalí Sare, among others.

The singer and composer Gessamí Boada came into contact with music at the age of seven through the piano but at the age of 21 discovered that singing was her true passion. It was then that she prepared herself for two years at the Taller de Músics in order to access higher education. In the end, she entered the ESMUC, where in 2017 she graduated in Modern Singing and Jazz Performance. During this period, she went on an Erasmus trip for 6 months to the Popakademie Baden-Wurttemberg (Germany), where she trained in songwriting.

In 2018 she released White Flowers (Segell Microscopi), her first album of original songs, which are halfway between jazz and pop. Two years later, she released her second album On començo jo (Segell Microscopi, 2020), where she took a step forward with new songs that still maintain her characteristic pop essence. She also released the singles “Dust in the Sky” (2020), dedicated to all the victims of the pandemic, and “Silenci” (2021).

In parallel to her project, from 2018 to 2019 she was part of the all-female WOM’s Collective as a pianist and singer and recorded an album of the same name. In 2019 she collaborated on Gertrudis’ single “Si tothom calla” and on the debut album by Italian composer Alessandro Berghella, Waves of Sand – The Inevitable Downfall (Self-released, 2019). In 2020 she participated on the single “Mosaico” by the Valencian jazz and neo soul band Pete Lala. She has also collaborated with artists such as Elena Gadel, Judit Neddermann, Vic Mirallas, Henrio, Alessio Arena, Clara Peya, Anaïs Vila, Magalí Sare and Paula Grande, among others.

She has trained in Estill Voice Training with Helen Rowson and Viv Manning and in body and voice control with Mariona Castillo and Bea Vergés. She has been taught by Yasmina Azlor, Clara Luna, Ana Finger, Carme Canela and Miguel Manzo. Since 2014 she has been teaching singing, beginner piano, and musical laboratories as well as directing youth and adult choirs at the Municipal School of Music and Dance in Tiana.

She is currently preparing her third album as a singer-songwriter, co-produced with Arnau Figueres and Kquimi Saigi.