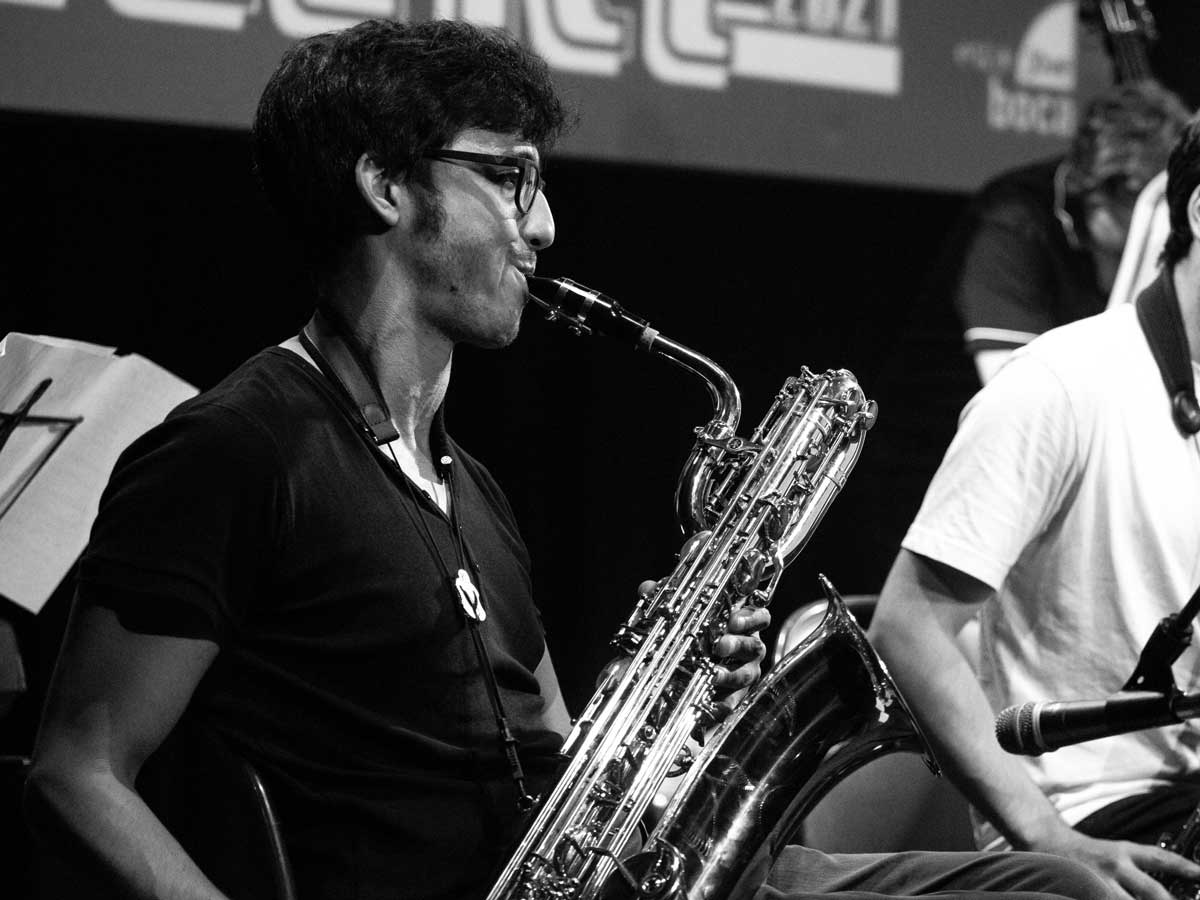 Hugo Guerrero Garrido began his musical apprenticeship at the Guinardó music school at the age of 12, where he took classical saxophone and musical language classes. At the age of 18 he moved to CEM Haro, where he began his piano studies and prepared for entry to the 5th year of the Conservatori del Liceu.

From 2012 to 2014 he continued his musical training. He began playing the baritone saxophone and took part in various chamber ensembles and played in the Orquestra Jove del Liceu. He obtained a professional degree in classical saxophone with teachers such as Núria Brull and Mª Carmen García.

At the same time, he combined the final years of his classical music studies with a degree in Musicology at the UAB. From there, he continued his training, focusing on jazz at the Taller de Músics ESEM, where he came into contact with teachers such as Raül Reverter, Santi de la Rubia, Vicent Macián, Victor de Diego, Alfons Carrascosa, Joan Albert Amargós and Santi Galán. Since 2017 he has also been part of the Young Effervescence Big Band (YEBB), alternating between alto and baritone saxophone, with Toni Vaquer and Fernando Bronx as directors. He combined his last course at the ESEM with a master’s degree in teacher training.

As a musician, he has played in different styles and groups, from collaborations with rock bands, pop groups and cover bands to big bands, jazz groups and experimental music. He has performed in some of the most emblematic venues in the area, such as Nova Jazz Cava, City Hall, Sala Razzmatazz and the Teatre del Liceu.

Currently, he combines the Higher Degree in Jazz Saxophone and Modern Music Performance at the Taller de Músics ESEM and the instrument, combo and harmony classes as a teacher at the Espai Senior with his work as a teacher and head of the secondary music department at the Escola Pia Caldes de Montbui school. 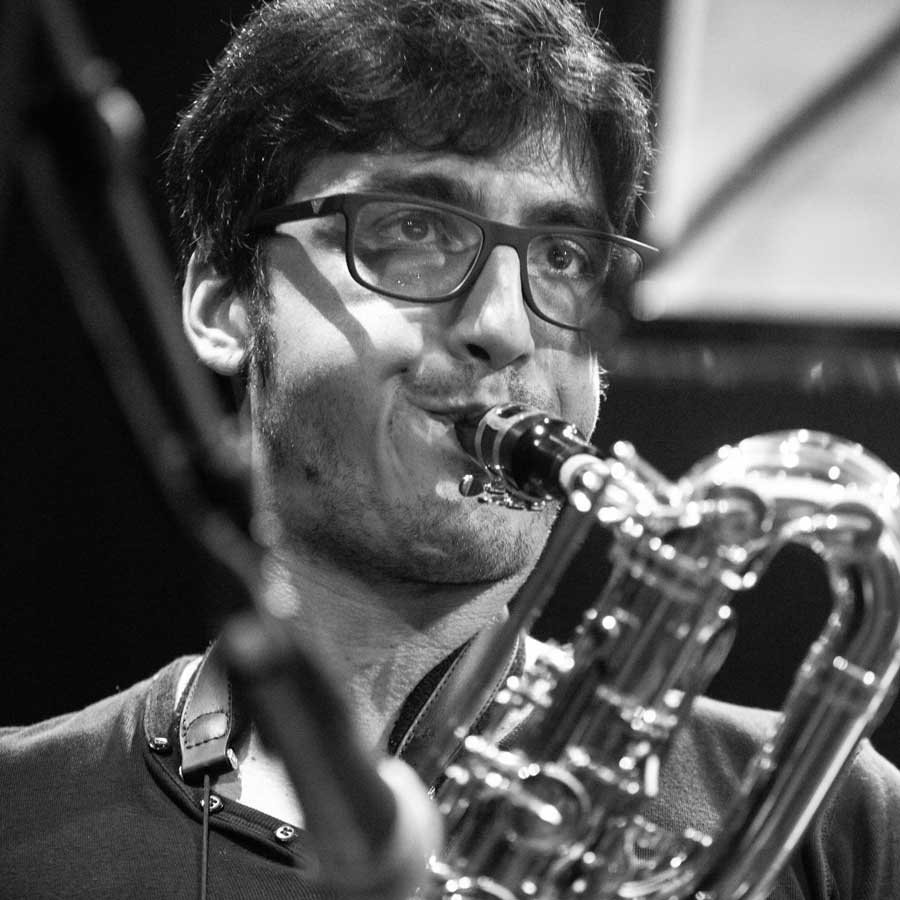