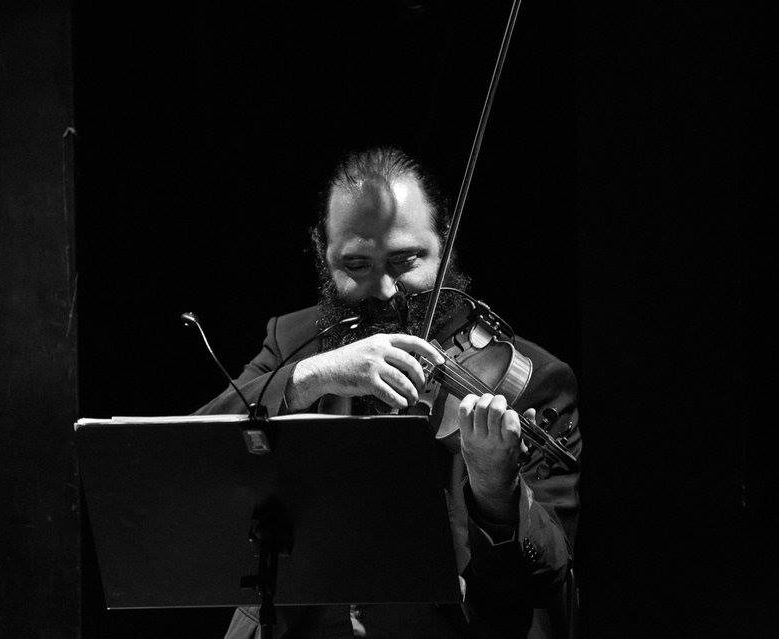 Born in 1978 in Montornès del Vallès, he began his musical studies at the age of five in Granollers. In 2003 he obtained the superior degrees of violin and chamber music at the Liceu Conservatory. In 1999 he joined the CNR in Perpignan and began jazz and improvisation studies with Alexander Augé and, later, he would have the opportunity to receive the advice of Didier Lockwood, Jean Luc Ponty, Mark O’Connor, Gilles Apap, Christian Howes and Darol Anger, among others. During the 2008-2009 academic year, he attended the CMDL cours professionnel.

When he finished his musical studies and, in parallel with these, he collaborated with various chamber and symphony orchestras in Catalonia. In the field of modern music and jazz, he pairs with Paul Stouthamer, participates in the projects of Cordes del Món, Eclectic Color Orchestra, JazzEnsemble Granollers. He has also had the opportunity to share the stage and make recordings with Jordi Bonell, Agujetas Chico, Lax’n’Busto, Dr. Calypso, Aupa Quartet, Muchachito, Dorantes, Renaud Garcia-Fons, Kiko Veneno, Javier Ruibal, Albert Pla, Nacho Vegas, El Niño de Elche, Josele Santiago, Maria Arnal, Enric Montefusco and Los Hermanos Cubero. In 2004 he began a doctoral thesis on the violinists of Barcelona in the first half of the 20th century, a fact that led him to co-found the Associació Manén. Since 1997 he has been working as an educator in different music schools, currently he is professor of Violin-jazz at the ESEM Taller de Músics, Escola de Música Pausa and EMA de Santa Perpetua de Mogoda. In 2019 he published his first solo work, Narcissism and my uncle.