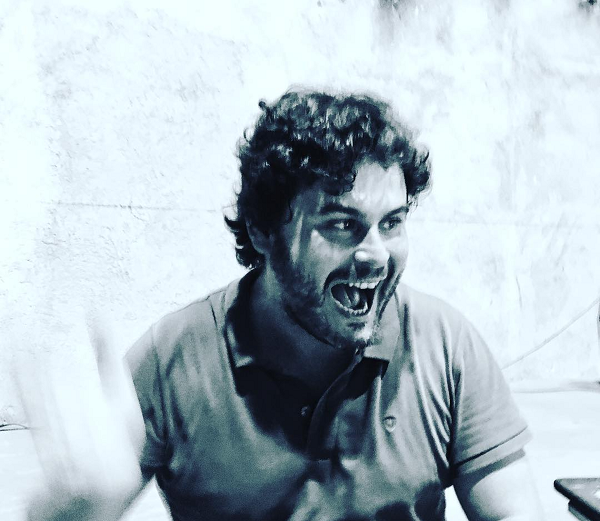 His sound work focuses on instrumental music, electroacoustic music, sound installations and interactive music systems. Far from addressing these creative facets as independent elements, his work draws a continuum based on the creation of networks between these disciplines. The one that unifies his creative work is the permanent research in which he calls the «Spectrum-morphological composition by distinct layers in a holophonic creation framework» In parallel, he draws systems of graphic notation derived from conventional notation, uses and creates interactive musical systems , and has developed the concept of “sound score.”

After obtaining the Title of Piano Teacher from the Conservatory of Music, the Liceo de Barcelona and the Bachelor of Pedagogy at the UAB, in 2002, he completed the Master of Digital Arts – Music at the U.P.F. from Barcelona. He studied musical composition, electroacoustic composition and interactive music systems with Eduard Resina, Gabriel Brncic, Sergi Jordà, José Manuel Berenguer and José Lozano (2002/2003).

Subsequently he moved to Paris to perform the DIOSA of “Esthetiques, Sciences te Technologies des Artes – Specialité Musico” at the University of Paris 8 (2004/2005) under the tutelage of Horacio Vaggione. This allowed him to study musical composition with José Manuel López López and interactive music systems with Anne Sedes.

He has received training grants and creation / composition assignments from the Generalitat of Catalonia, the Phonos Foundation, the Duran Martí Foundation, Denistés93, from INAEM- * CDMC, SACEM. His works have been performed in several countries and have been rewarded to several international competitions.

He is currently a member of the Association of Composers of Catalonia, the Electroacoustic Music Association of Spain and the Creative Territories Collective of the Camp de Tarragona.

Currently artistic director of “Morphosis Ensemble” and the Culture Section of the Social Union of Flix.

He has been a member of the selection committee for several international competitions and composition festivals.