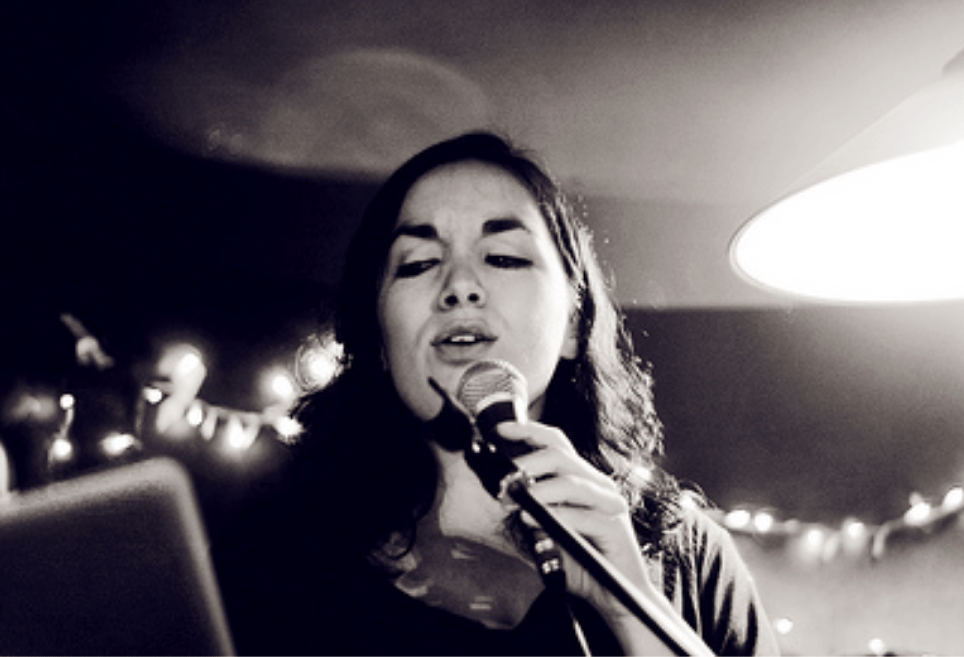 The singer Laia Cagigal was born in Barcelona in 1979. In 2006 she finished her higher music studies, specialising in jazz singing at the ESMUC (Escola Superior de Música de Catalunya). During the 2005-2006 academic year she studied at the University of Berlin der Kunste, taking part in the European exchange programme ERASMUS. She has taken courses of Voice Craft Estill: level 1 and 2 and a course with Blandine Calais-Germain “Periné, Jocs de Pressions i Veu” of the method “Anatomy for the movement”.

Beyond her studies as a performer, she is also interested in composing and creating music through electronic and computer media. Along this line, she has completed the Master SMC (Sound and Music Computing) at the Universitat Pompeu Fabra (2008-2010).

She participated in the recording of several projects, among which the following stand out: Menta, by David Castillo (poetry) and David Mengual (composition), in which Ion Robles, David González and Dani Domínguez also participate; APNEA (edited by Fresh Sound Records), the album and, of Project Ylema (self-edited) with David González, Roger Mas and Ramon Prats. With Martí Ventura Quartet and Cor de Cambra i Cor Jove de Granollers she recorded Després del Jazz.