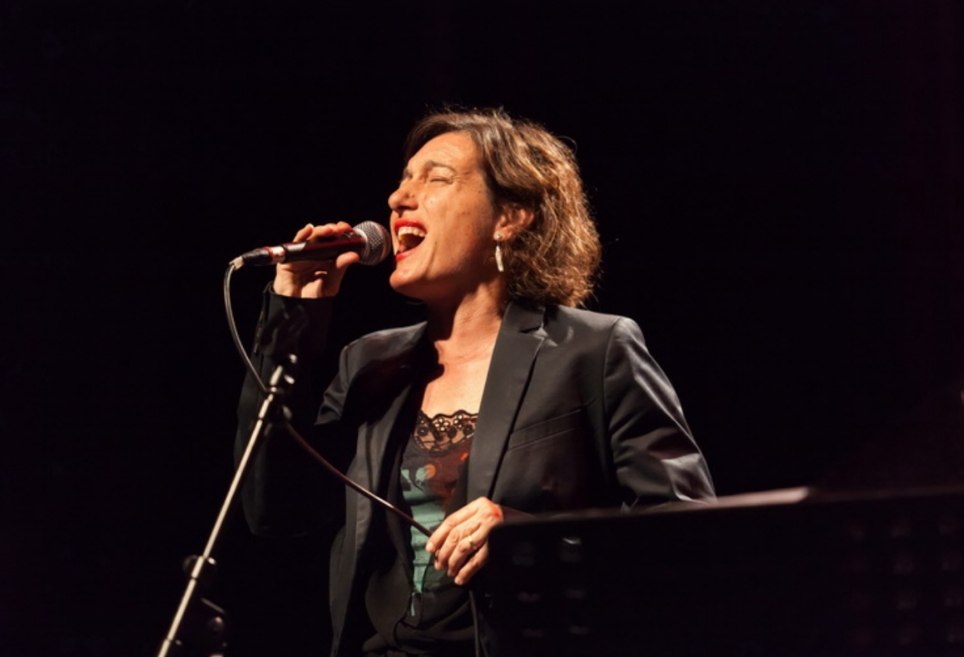 Laia Porta was born in Barcelona, the city where she has developed her professional career as a dancer and teacher. She studied dance at the Anna Maleras Dance School and later graduated from the Institut del Teatre in Contemporary Dance and Dance Pedagogy. She also completed a master’s degree in dance therapy at the University of Barcelona. At the same time she has taken courses in voice (Helen Rowson, voice craft), music and piano with great singers such as Sheila Jordan and Judy Niemack.

She also toured England and France with The Minimum Trio, with whom she recorded I’m Confessing and Minimum, and collaborated on several occasions with La Vella Dixieland and the Big Band Jazz Terrassa directed by John Dubuclet.

As a teacher, she has taught at various music and theatre schools, such as Memory and the Liceu school in Barcelona. She has also been a music teacher at Sant Peter’s School in Barcelona, among other official education centres. Currently, Laia Porta teaches dance at Esart, Musicart, Sart, Musicart; EMM Nou Barris, Centre d’Educació Música DIAULA, Aula de Música de Sant Esteve de Sesrovires and Fusió.