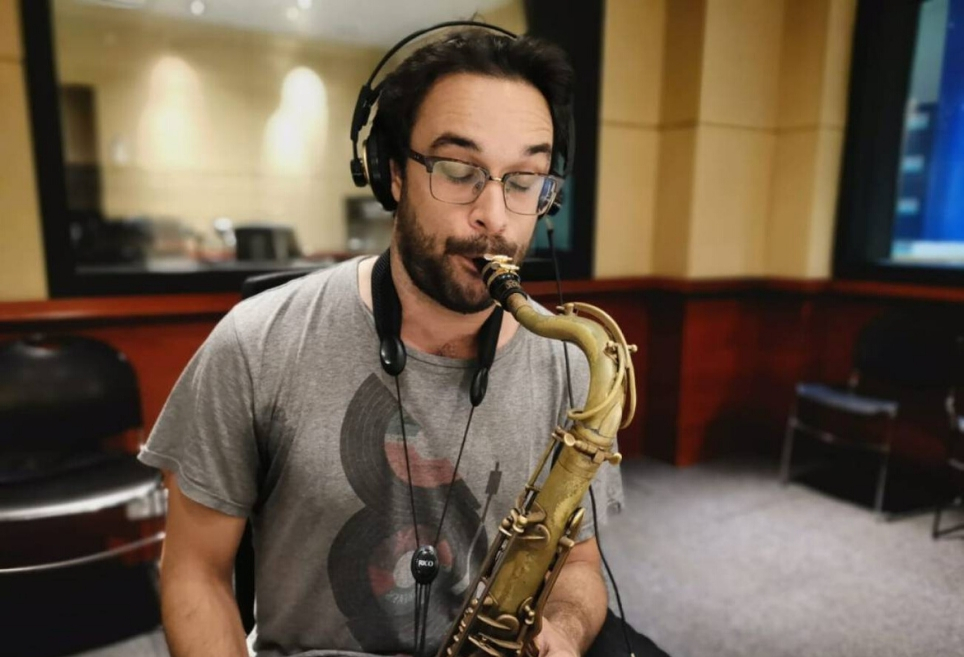 Lluc Casares (1990) is devoted to music since he was a child, Lluc grew up surrounded by the sounds of Sonny Stitt’s saxophone and Louis Armstrong’s trumpet while internalising the rhythms of the Afro-Cuban All-Stars or Earth Wind and Fire. His father, Pau Casares, a local hero of the Catalan scene, was his first teacher and mentor. Lluc has just completed the prestigious “Artist Diploma” program at The Juilliard School in New York under the direction of Ben Wolfe and Wynton Marsalis. Throughout his career, Lluc has played with musicians such as Dr John, Nicholas Payton, Frank Wess, Phil Woods, Lee Konitz, Jon Faddis, Jesse Davis, Arturo Sandoval, Wendell Brunious, Grant Stewart, Ben Van Gelder and Benjamin Herman.

Lluc’s teachers at The Juilliard School have been Wynton Marsalis, Kenny Washington, Ben Wolfe, Charles Neidich, Ted Rosenthal, and Ron Blake. Prior to that, Lluc studied at the ESMUC (Escola Superior de Música de Catalunya) and his master’s degree at the CvA (Conservatorium van Amsterdam) where he was taught by European legend Ferdinand Povel. During this time, he did a half-year exchange at Temple University (Philadelphia) where he studied with the famous saxophonist Dick Oatts.

Sketches Overseas (Outside In Music 2018) is Lluc’s latest album as a leader, featuring Joel Ross, Philip Dizack, Addison Frei, Mark Lewandowski and Francesco Ciniglio. The album won the “best jazz album of 2018” award given by the group Enderrock in Catalonia. His first album as a leader, RED (Tiempo Records 2015) led him to play under his name on the most important stages of Amsterdam and Barcelona. He also recorded more than 20 albums as a sideman. Lluc played at some of the most important festivals in Europe such as the North Sea Jazz Festival, Montreux Jazz Festival, Marciac Jazz Festival, Jazz Middelheim, Baloise Session and the Terrassa Jazz Festival among others. He also played in clubs such as Dizzy’s Club Coca Cola and Fat Cat in NYC, Bimhuis in Amsterdam and Jamboree in Barcelona.

In the field of education, Lluc has been a senior lecturer at the CSMIB (Conservatori Superior de Música de les Illes Balears) in saxophone, improvisation and combo from 2015 to 2017. Through the AD Ensemble de la Juilliard he has given a seminar at the Conservatory of Turin (Italy) and several masterclasses to 2 institutes in Shanghai (China). In addition, Lluc is part of the MAP (Music Advancement Program) Fellowship of the Juilliard School of Music for which he teaches every weekend, also to children from 2 public schools in Manhattan. In the summer of 2018, he held his first summer jazz and improvisation course which was re-released at ESMUC in 2019.