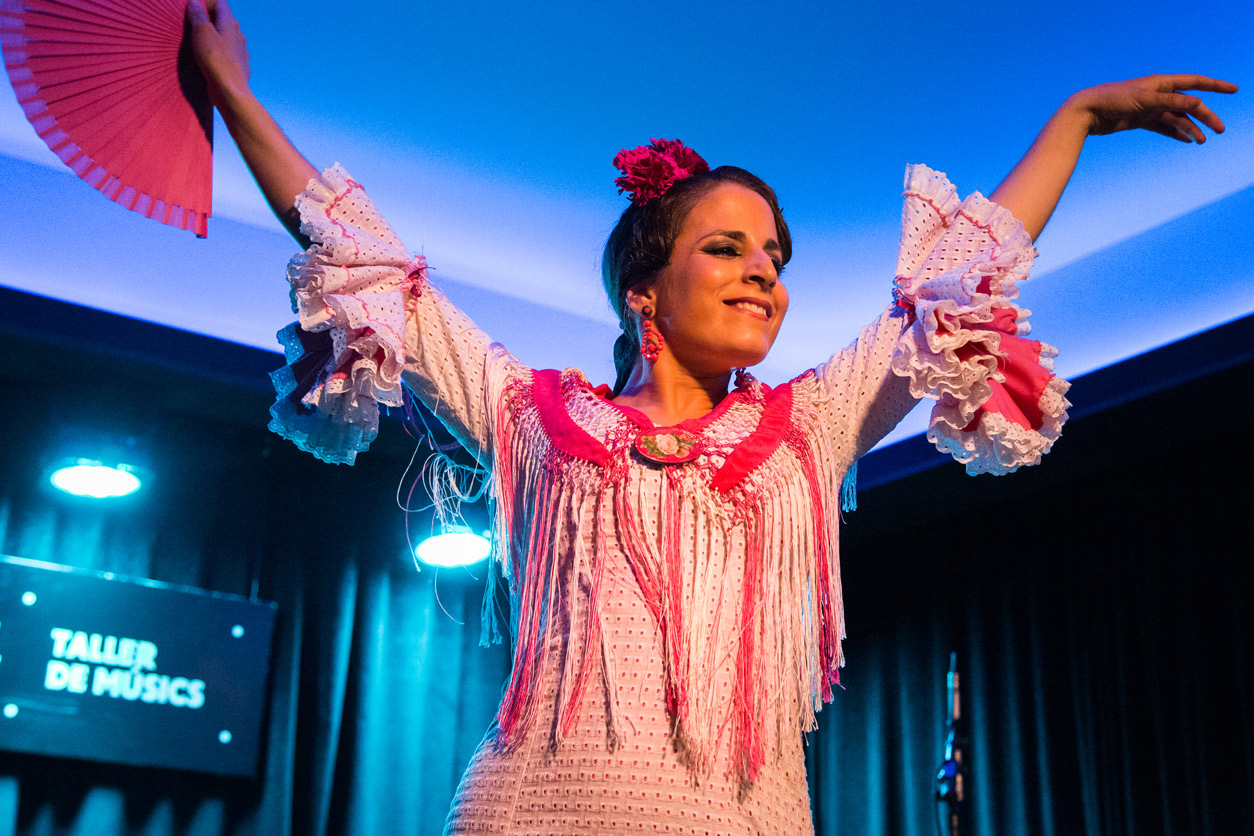 Lorena Oliva started learning her first dance steps at the age of 3 in an academy in Barcelona and at 13 she began her professional studies at the Conservatorio Profesional de Danza Institut del Teatre, where she graduated in Spanish dance and flamenco in 2010.

Over her career she has studied with Antonio Canales, Farruquito, Eva Yerbabuena, Manuela Carrasco, Olga Pericet, Rubén Olmo, Marco Flores and Manuel Liñán, among many others, but always under the guidance of Jose Manuel Álvarez, her main teacher.

She was the winner of the 1st prize in the II Certamen Internacional de Danza Ciutat de Barcelona in the flamenco category, and in 2012 she joined the Barcelona Ballet Flamenco Company (BBF) with the show Miróterraneo, with Antonio Canales and La Talegona as main artists and choreography by Rubén Olmo. From 2013-2014 she was part of the cast of the Tablao Patio Andaluz in Barcelona, until she moved to Madrid to participate in the III Concurso de Baile Flamenco Tablao Villa-Rosa, where she won the 1st prize. She has also been a dancer in the production Romance de Curro el Palmo with Antonio Canales and danced in the production Vivir Flamenco with Farruquito.

In 2018 she was part of the José Antonio Ruíz Company in Seville with the productions Picasso de José Antonio and Invocaciones Flamencas by Fernando Romero. The following year she became a member and assistant director of the Ángel Rojas Company in his production company Ángel Dance Project with the show Ya no seremos where she continues to work.

Lorena teaches in different schools, and she also gives courses abroad and performs regularly in tablaos in Barcelona such as El Cordobés, Los Tarantos, Palau Dalmases and City Hall, as well as at the Arenal tablao in Seville, and in various different countries including South Korea, France, Belgium, Switzerland and Turkey.