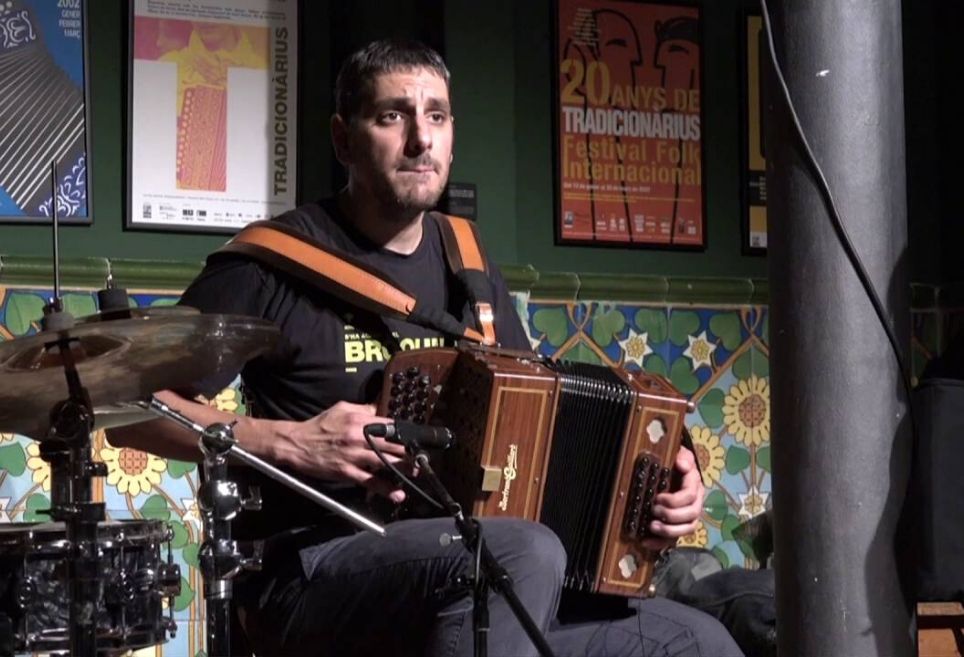 Born in Barcelona in 1978, Marc del Pino began studying the diatonic accordion at the age of 15 at the Centre Artesà Tradicionàrius and at the Aula de Música Tradicional i Popular de Barcelona.

Later he decided to enter the world of jazz and modern music with the diatonic accordion and studied at the Escuela de Música Moderna de Badalona with teachers such as Giulia Valle, Martí Serra and Ramon Montoliu, among others. In 2012, he graduated from ESMUC in diatonic accordion performance, with teachers like Cati Plana and Francesc Capella. He also trained with jazz guitarist Kike Angulo, Antonio Ribas, Stéphane Milleret, Orbert Pignol, Didier Ithursarry and Joseba Tapia. He designed the symmetrical system himself, which is a chromatic and two-sounding system for the diatonic accordion.

Among the projects in which Marc del Pino has participated are names of groups such as Andana, Tazzuff and the training project Curs Rural. He currently plays with groups such as Duetu, Duo del Pino/Cardona and Dijazzònic. He has also participated as a musician in educational shows, for the company Com Sona and with the dance company Una del Montón.