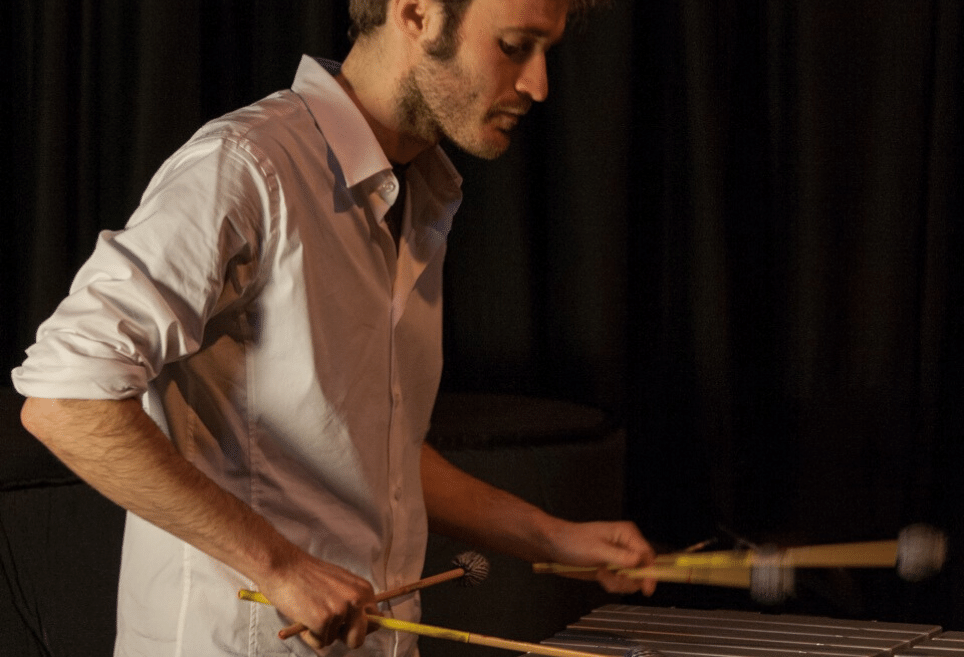 After studying in other centres, such as the Escola Municipal de Música de Premià de Mar and the Conservatori del Liceu de Barcelona, where he studied the Grado Medio de percussion with professor Ramon Torramilans, he graduated in Percussion Pedagogy in 2008 from the ESMUC, with professors such as Miquel Bernat, Lorenzo Ferrandiz, Grati Murcia, Georges-Elie Octors, Ester Bonal, Javier Duque and Ignasi Gómez.

In 2010, he moved to Oporto to pursue his Higher Studies in Jazz, where he obtained his degree in 2013 in the speciality of Jazz Vibraphone at the Escola Superior de Música e Artes do Espectáculo do Porto (ESMAE), with professors Jeffrey Davis, Abe Rábade and Nuno Ferreira, among others.

He participated in stage shows such as La meua Filla soc Jo by the Companyia de Carles Santos or Sis Estrelles by Six Swing and Pantomime, as well as in educational shows such as Girasons and Cantània del Servei Educatiu by l’Auditori de Barcelona. He has taken part in stable projects such as the contemporary percussion quartet Octo, the salsa group Bloque 53 or the jazz group Ibertet i Zagorro. Currently, he focuses his main activity on the Latin jazz trio EkilaTrio and his own quartet Marcel Pascual Quartet, playing their original music.

Since 2007, he has worked as a percussion teacher in different centres, such as the Escola Municipal de Música de Premià de Dalt, the EMM in Sant Quirze del Vallès, the Conservatório de Música do Porto, and as a jazz vibraphone teacher at the Conservatório da Jobra and the ESMAE. Furthermore, he has carried out workshops and courses such as those of the 2009 Cubelles Music Festival and the 2012 Ponferrada Jazz Workshops.