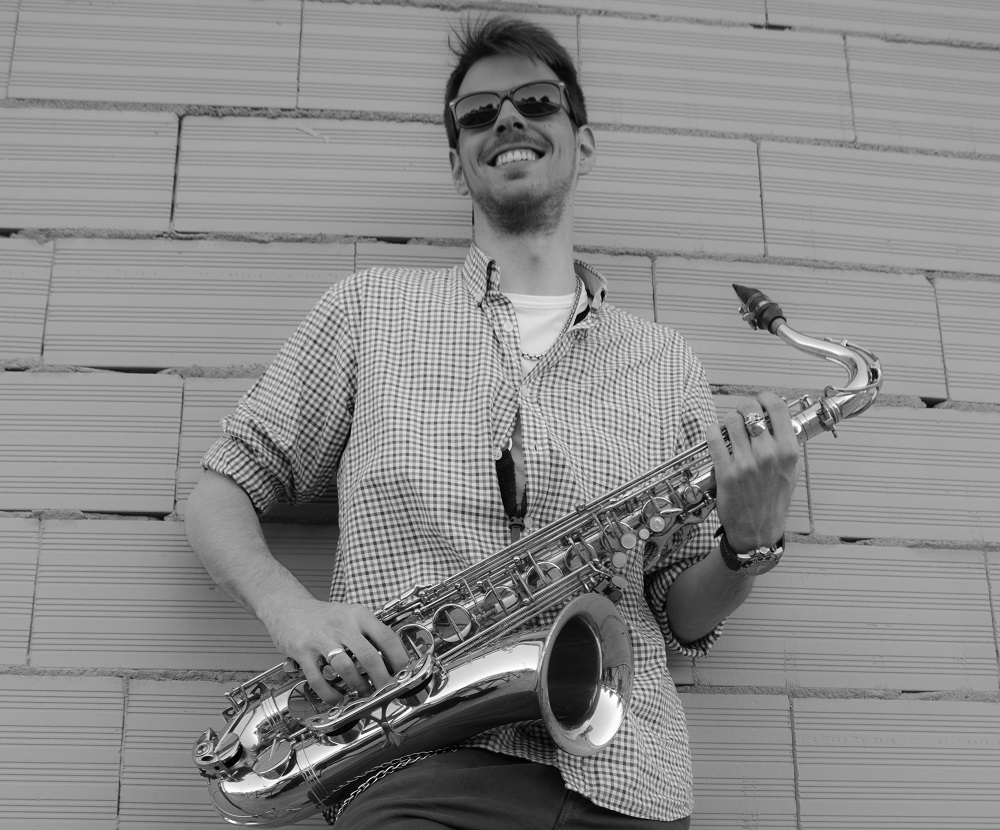 Born in Madrid, Mario Roldán began his music studies as a pianist when he was eight years old. At fifteen, he began studying classical saxophone at Conservatorio Moreno Torroba in Madrid and learned from the saxophonist Andrés Gomis. Most recently, he studied the Middle Degree of Classical Saxophone with Javier Sanchez Carrascosa.

Whilst time he was in the last year of his classical music degree, he studied Jazz and Modern Music at Escuela de Musica Creativa in Madrid, and became one of the twenty scholarship students to whom the school gave the opportunity to learn from the North American saxophonist Bobby Martínez.

Some years later, he joined the Big Band Música Creativa led by Bobby Martínez, which participated in several festivals in Madrid such as Festival de Invierno. The Big Band Musica Creativa was the resident band in Sala Barco (Madrid).

He has participated in many recordings from bands of different styles such as Colatonic and Estrella Polar (pop) and Paco Benítez Project (Jazz-Fusion), among many others.

As an arranger, he studied with professors such as Santiago Galán, Vicens Martín or Santi Vergés and worked for many bands and groups as the Orquestra Fiore, Mr. Soul, Estrella Polar, Four Stations, Arturo Cid and Alessia Desogus.

He has recently finished his Bachelor of Music specializing on Jazz and Modern Music in ESEM Taller de Músics and is currently working as a professor at Espai Sènior Taller de Músics.