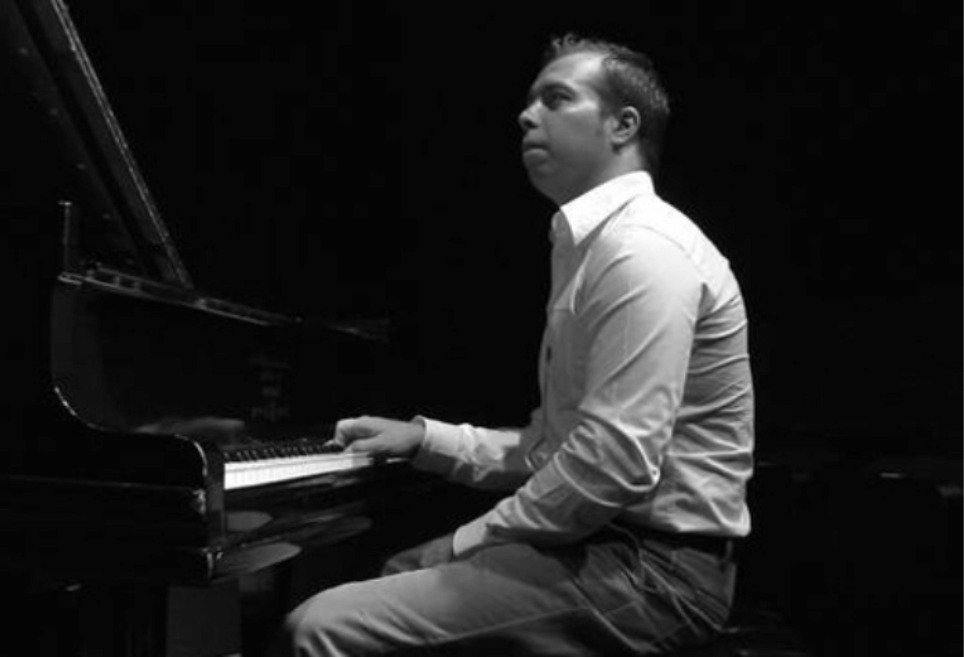 Mark Aanderud was born in 1976 in Mexico City. He began his piano studies at the age of 8 at the National School of Music (UNAM) with teachers of the stature of Ninowska Fernández Brito and Néstor Castañeda León. Later, he studied Jazz and Improvisation at SIM in New York and took several courses at Berklee College of Music. He also studied privately with professors Uri Caine, Enrique Nery, Jason Moran, Vijay Iyer and Bill Carrothers, and graduated in Composition with Arturo Márquez and Hanus Bartoñ at the Academy of Music in Prague.

Mark Aanderud has been leading his own projects for more than 18 years, in which he works as a composer, producer and performer of piano, keyboards and electronic media. He began with the Mark Aanderud Trio in 1998, with which he toured the United States and Mexico, as well as various countries in South America and Europe, where he was awarded the prize for best musician of the year and, in 1999, the prize for best album of the year with Trio ’02, awarded by the Czech Music Awards. Later, he recorded the albums Introducing and Chamber Music and Improvisations, the latter with the participation of the Soloist Ensemble of the Mexican Orchestra of the Arts. In 2010 he signed a contract with the English record label Rarenoise Records to release his project Mole, which nowadays has already three record productions that received the best international reviews.

Apart from his work as a performer and composer, Mark Aanderud  has conducted clinics and private classes, as well as masterclasses and other types of courses in Mexico, the United States, France, Colombia, the Czech Republic and Spain. Mark was co-director of the piano chair at the International Conservatory of Music in Prague. Mark Aanderud’s most recent projects are PianoLoops, Animatic Theatre, MASEnsemble, MATRIO, Mole and Grupo Quebrante. Currently, he is an instrument teacher at the Taller de Músics Bachelor of Music.