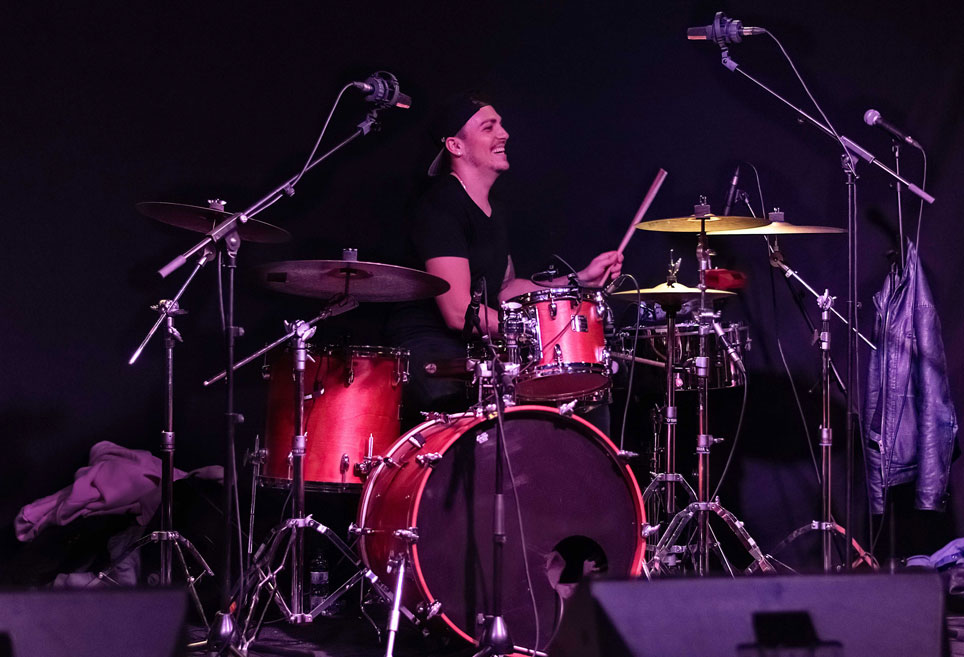 Oriol Martínez (Barcelona, 1988) is a percussionist and drummer. He started playing music at the age of thirteen, and his musical training has always involved intense activity as a musician accompanying different groups and artists on the Latin music scene. At the age of 15 he began studying percussion at the Taller de Músics, where he later graduated with a higher studies qualification.

During his career he has participated in several national and international tours, including the 2012 Spain Tour of La Sucursal S.A., sharing the stage with Rubén Blades, Eddie Palmieri and Calle 13; several international tours between 2016 and 2022 with Tromboranga, sharing the stage with artists such as Grupo Niche, Ismael Miranda, Los Van Van, Adalberto Álvarez y su son, Roberto Roena, Mercado Negro and Jimmy Bosh; as well as the 2021 Spain Tour of the album El cuento de la buena pipa with the maestro Alain Pérez.