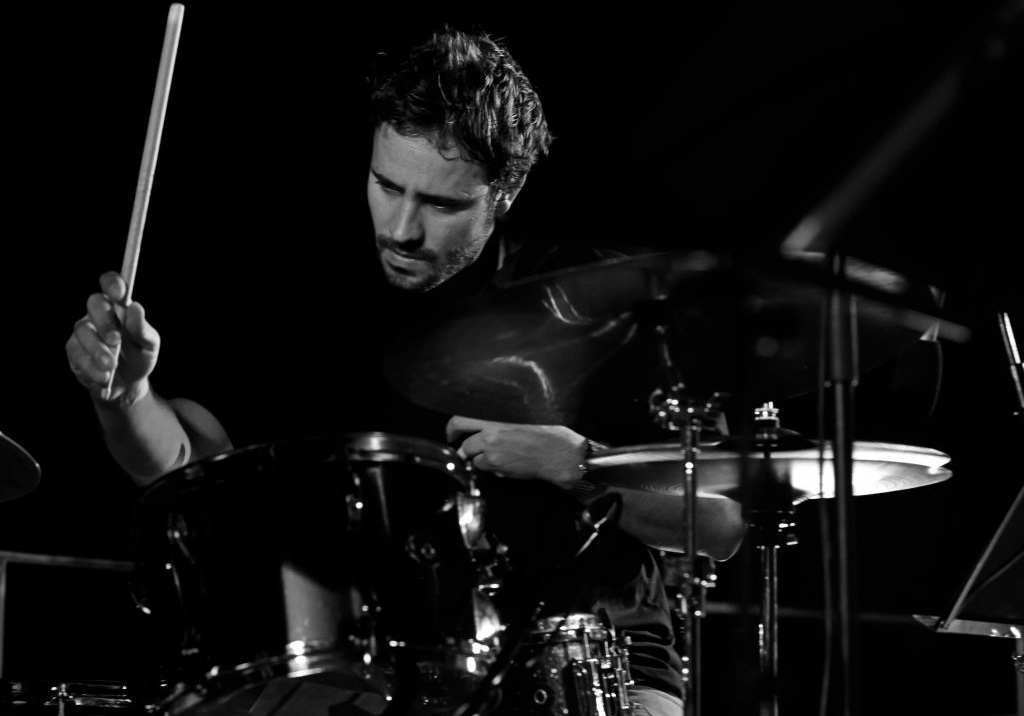 Barcelona 1979.
He started playing drums at age eleven. Since 1996 he has been studying drums with Jo Krause, Aldo Caviglia, Salvador Niebla or David Xirgu, among others.

In addition to his work as an interpreter, he writes his own music for some of the projects he co-leads – Vrak Trio, Mut Trio, Piccola Orchestra Gagarin – and for his duets with the Italian pianist Paolo Angeli.

Between 2001 and 2005 he moved to Holland to study the Higher Degree in Jazz and Modern Music at the Den Haag Royal Conservatory, where he had the opportunity to train with musicians such as Peter Erskine, Bill Stewart, Michael Brecker, Avishai Cohen, Dave Liebman, Eric Ineke, Kurt Rosenwinkel, Maria Schneider, Barry Harris, Chris Cheek, Ari Hoenig or Mike Manieri, as well as expand their piano studies with Rob van Kreeveld.

In 2007 he won the First Prize for the Barcelona Jazz Contest with the Catalan-French group Vrak trio. In 2009 he published his first album in drum-only format La Tomba dei Giganti, recorded live at the Isole che Parlano festival (Italy).

Parallel to his activity in the field of jazz and improvised music, he works as a composer and sound designer for plays and contemporary dance pieces premiered at the Teatre Lliure, the Mercat de les Flors, the Grec Festival in Barcelona or in Oslo International Dance Festival