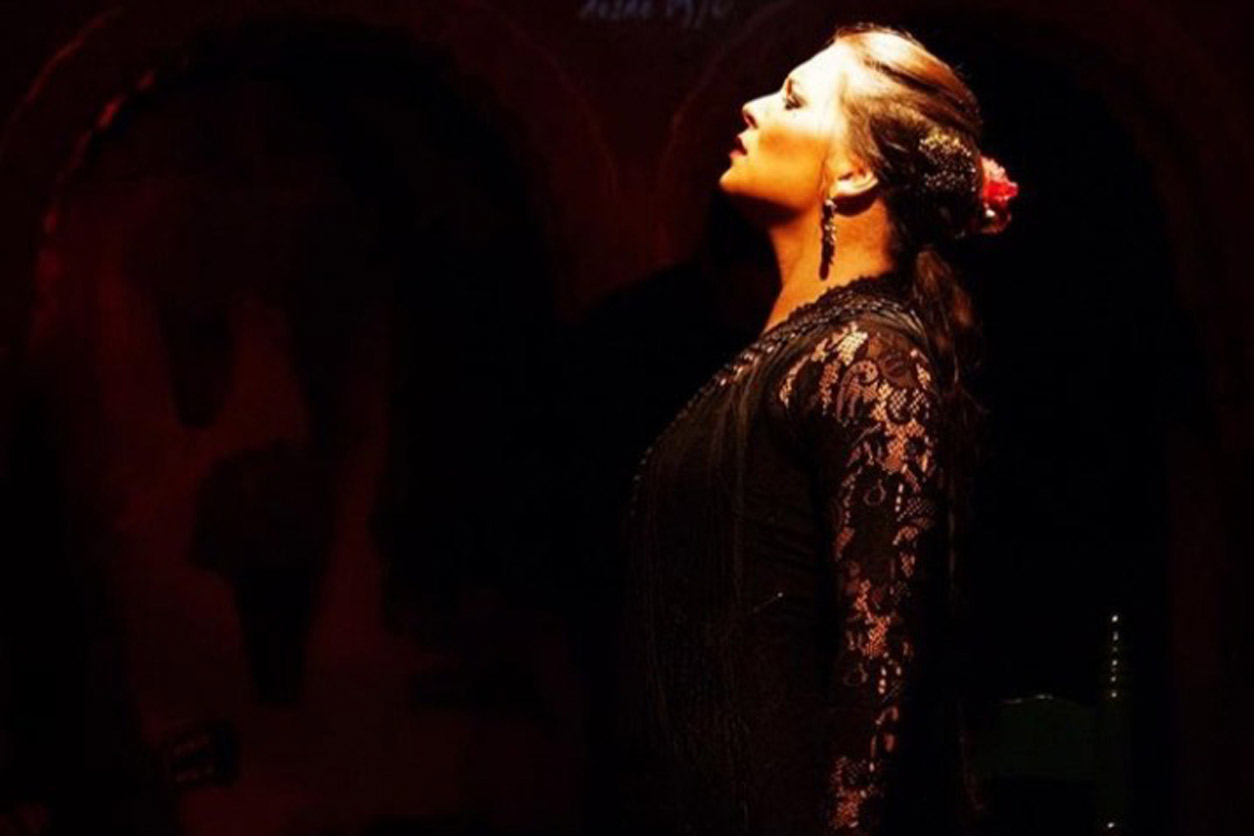 Paloma Fantova was born in Puerto Real (Cádiz). She began dancing at the age of 4 with her father, Manuel Fantova, who accompanied her on the guitar and instilled in her the roots of flamenco. It was then that Camarón de la Isla discovered her, dazzled by her talent.

Her first appearance on television was at the age of 6. At the age of 7, Antonio Canales decided to cast her as the main dancer in the play “Bailaor y Raíz”, and she debuted at prestigious venues such as the Teatro Apolo in Madrid.

When she was 8 years old, after winning a talent contest on TVE, she collaborated as a dancer with several artists including Rocío Jurado and José Mercé, performing at the Palacio de Congresos in Madrid in the presence of the King and Queen of Spain.

At the age of 9 she danced with “Farruquito” and his family in a tribute to “Farruco”. In the same year, she was awarded the Revelación de Andalucía Prize.

Years later, she travelled to Japan to work on the choreographies of Japanese dancers in a show by Manuel Carrasco.

In 2011, Joaquín Cortés chose her for his show Calé, where she performed as a guest artist. The following year, she presented her show Sensibilidades, which she toured at the principal theatres and flamenco tablaos in America.

After the great success of her solo performance at the Bienal de Sevilla, she began to collaborate with artists such as Manolo Carrasco, Rafael Amargo and Tomatito, with whom she travelled around Europe and America as a guest dancer in their show Soy Flamenco.

In 2013, together with the bailaoras Pastora Galván and Karime Amaya, she starred in the show Con Carmen Amaya en la Memoria, produced by the Fundación El Cordobés. That same summer, she combined performances with her show Estado Puro with her participation as a bailaora touring with Tomatito around Spain and various European capitals.

In 2014, she participated in the Bienal de Flamenco de Sevilla and danced in the show Flamenco Universal by the guitarist Pepe Echegaray and the flautist Jorge Pardo.

In 2019, she premieres her latest show Cuna at the Festival de Jerez and then in the Bienal de Flamenco de Málaga and in the Festival Flamenco Onfire in Pamplona.