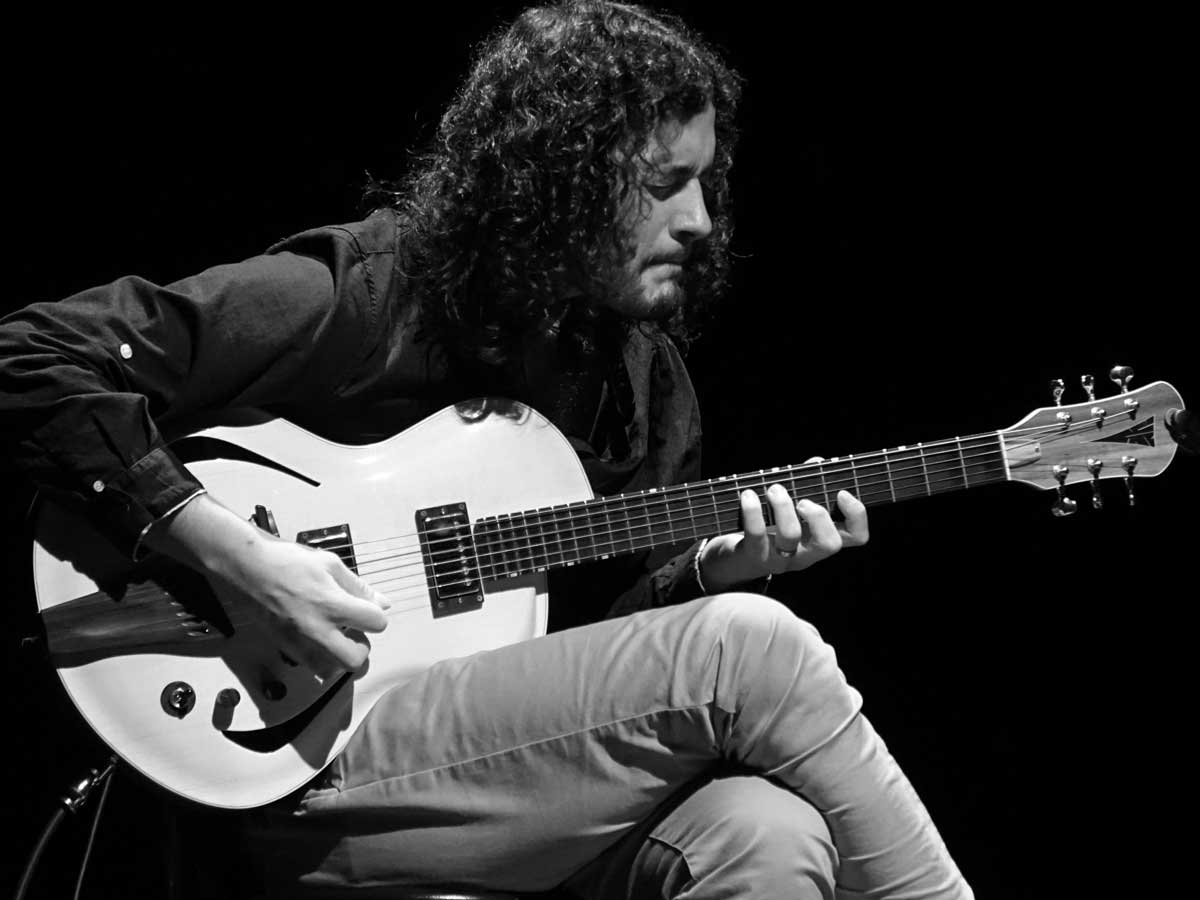 He began his musical studies with the classical guitar at the Royal Academy of Music, combining his final years of classical studies with a degree in Musicology at the UAB. From there, he began his training as a jazz guitarist at the Taller de Músics ESEM where he obtained the Higher Degree in Jazz Guitar and Modern Music Performance with a scholarship from the Asociación de Artistas Intérpretes o Ejecutantes de Madrid, with honours in the instrument subject.

As a composer and performer, he has participated in projects ranging from electronic music production to the most classical jazz, including Catalan folklore. He is currently part of several projects such as the Original Jazz Orchestra of Taller de Músics, his own trio Pau Mainé Trío, the Catalan folklore duo Diode, solo with Mainé Solo, the jazz duo Tejedo-Mainé, the Jazz and Bossanova 3 strings trio and the musical dramaturgy show Manual de Supervivència with Lluís Antón Baulenas, among other occasional formations.

He has taken part in several festivals such as La Mercè, Cruïlla, Música als Parcs and El Grec in Barcelona, and in the jazz festivals of Tarragona, Cambrils, Esplugues del Llobregat and Girona. He has also played at venues such as the Jamboree, the Palau de la Música, the Artte in Barcelona and the Nova Jazz Cava in Terrassa, among others.

At a pedagogical level, he teaches at the Taller de Músics Music School, at the Espai Senior and at the Aula de Música de Terrassa, giving classes on instruments, combo, and other theoretical subjects.