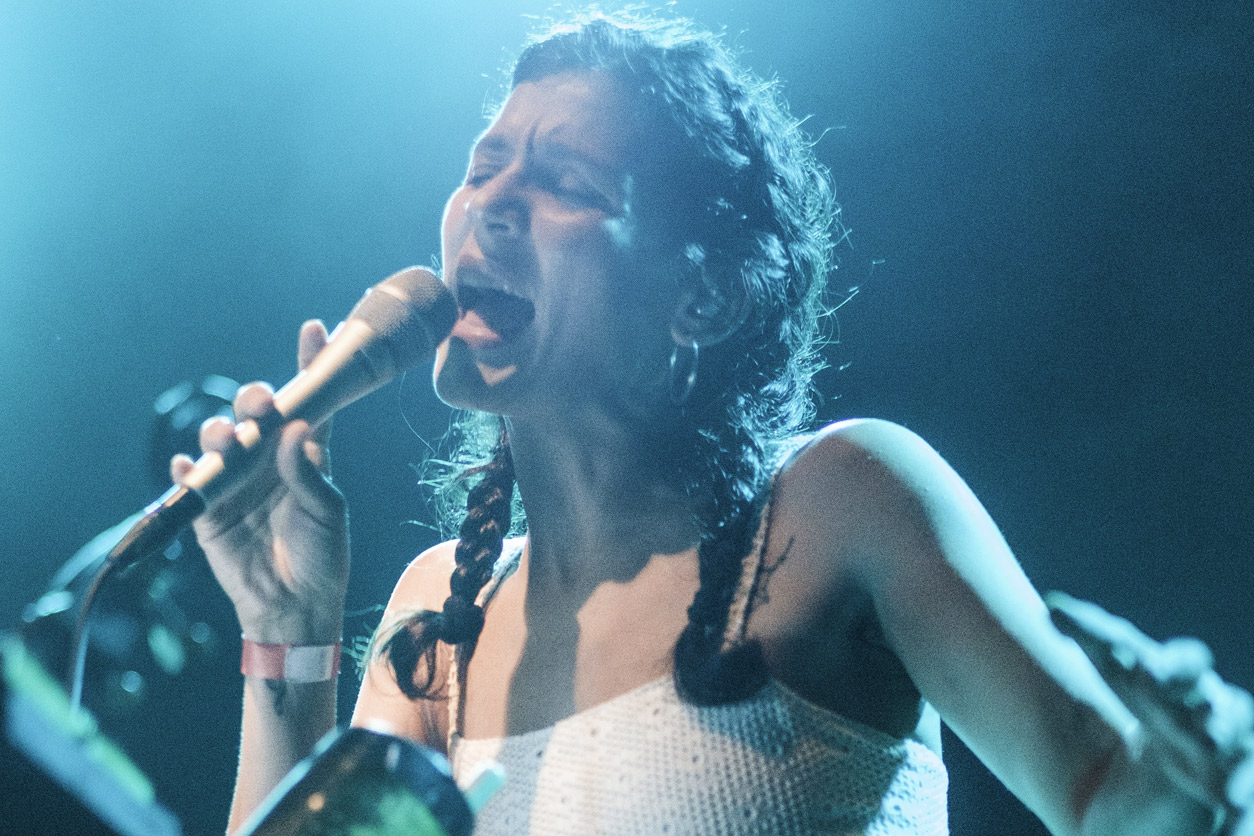 Self-taught, brave and mestiza, Paula Grande gives us a musical style that emanates these qualities and that moves between the registers of jazz, soul, hip hop, Latin and popular music. Fusion is her most characteristic trait.

She has had the opportunity to teach her music and art all over the world, and she has accumulated different international prizes on her travels, such as the third prize and the Special recognition Prize at the prestigious Shure Montreux Jazz Voice Competition, and the prize for the best free repertoire at Jazz Voices in Lithuania.

In 2014 and 2015, she was awarded a scholarship by the Montreux Jazz Artists Foundation, which in that edition had Quincy Jones on the jury, with a residency at the Cité Internationalle Universitaire de Paris, at the Fondation Suisse – Pavillon le Corbusier. In addition, that same year, she was part of the Montreux Jazz Academy, along with 11 other young talents selected from all over the world, where she worked and shared the stage with artists such as Lee Ritenour, Eric Hardland, Patti Austin, Charles Lloyd, Erik Truffaz, and Bugge Wesseltoft, among others.

In April 2016 she released her first album, Viaje Interestelar (Little Red Corvette Records, 2016) which she toured around Catalonia, Spain, France, Colombia and Cuba.

She is currently immersed in several co-creation projects, such as Las Karamba, a fusion, salsa and urban music group; the show Vega de Càntut, songs from the popular repertoire of the counties of Girona that revolve around the role of women, and in the making of what will be her third studio album, to be released at the end of 2021.