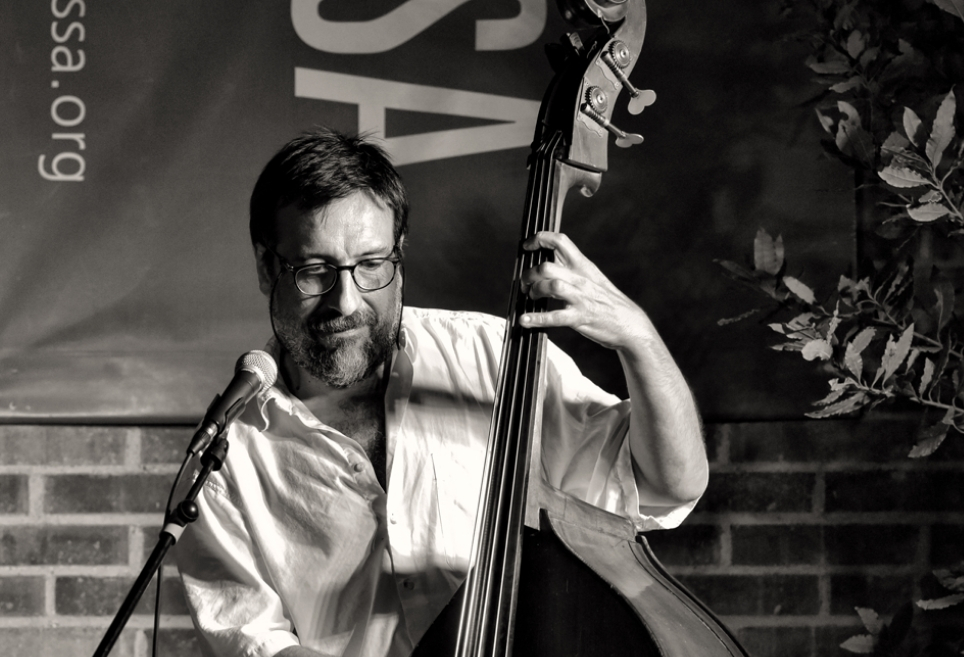 Born in Terrassa in 1966, Pep Coca has a degree in double bass from the Barcelona Conservatory and a Higher Degree in Modern Music from the ESMUC. At the age of nine, he began to practice music, and from a very young age, he actively participated in a wide range of groups, from rock to traditional music, including jazz and classical music.

He continued his double-bass studies with Ferran Sala, Jesús Espinosa and Christoph Rahn, and held seminars with Ludwig Streicher and Jordi Savall. At the same time, his interest in “other music” led him to take courses with double bassist Horacio Fumero and composers Jorge Sarraute and John DuBuclet.

Between 1993 and 1999 he was a member of the folk group Clau de Lluna, with which he toured and recorded several albums and consolidated his relationship with traditional Catalan music. He has collaborated as a double bassist, arranger and producer with groups and soloists such as Raimon, Lídia Pujol, Miquel Gil, Josep Tero, Psàlite, Jazzspirit with Josep Mª Farràs, Ester Formosa, Toni Xuclà, Eric Montbel, Carles Mas, Jordi Molina, Nino Galissa, Abdeljalil Kodssi, Claudio Sanna, Samara, La Musgaña and Amants de Lulú, among others. In 2007 he founded the group Domini Màgic, publishing two albums to date with the record label Temps Record. Since 2011 he is the lead double bassist of the chamber orchestra Cordes del Món, conducted by Ernesto Briceño, with collaborations, among others, of El Duende, Enric Palomar, Omar Acosta and Gonzalo Grau.

In the teaching field, he has been coordinator and director of the School of Traditional Music Studies (FESTCAT) and head of studies of the Traditional and Popular Music Classroom, where he has also taught the subjects of musical language, harmony and instrumental group. He has also taught double bass, combos, orchestra and improvisation at the music schools of Canet and Arenys de Mar. Since 2010 he has been teaching double bass and electric bass at the Escola de Música i Dansa de Esparreguera.