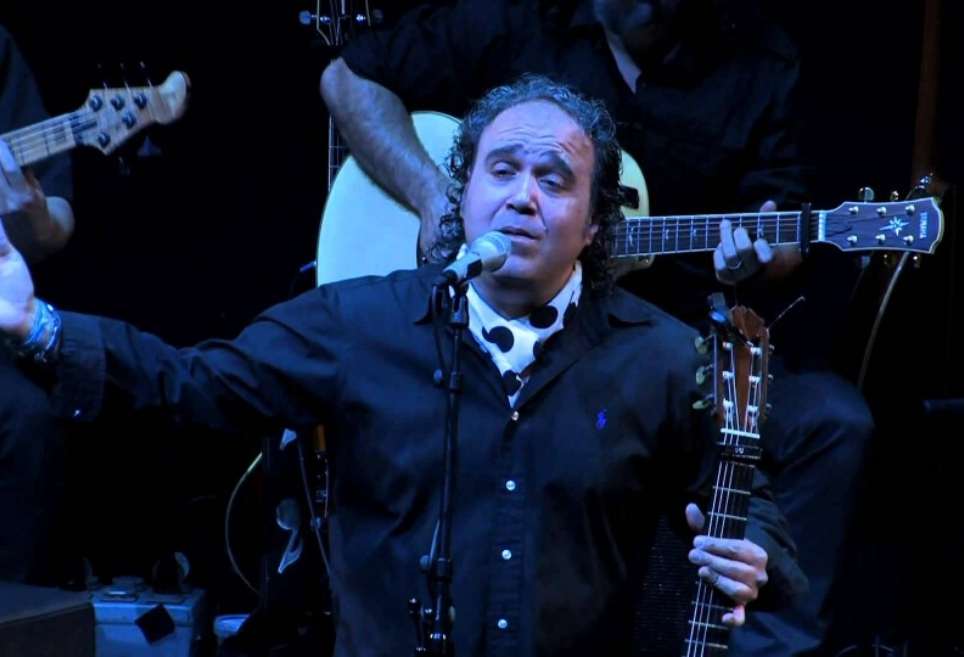 The singer-songwriter Pepe Motos is known for being the driving force behind the use of the cajón in the flamenco awakening in Catalonia initiated by Mayte Martín. He was born in Madrid in 1970 but settled in Barcelona when he was eight years old and his training was mostly forged in the Flamenco Tablaos (1985-1991). His father is José Motos, Rafael Farina’s first cousin on the guitar, and his mother Mila de Vargas, a dancer who won the National Dance Award at the Córdoba Flamenco Festival.

He has worked and collaborated as a percussionist for Mayte Martín, Raimundo Amador, Miguel Poveda, Antonio Canales, Sara Baras, Belén Maya, Eva Yerbabuena, Diego el Cigala, Diego Carrasco, La Susi and José Soto Sorderita, among many others. In 1991, he was hired by Mayte Martín and it was with her that he consolidated his musical and artistic career. Their professional relationship lasted until 1999.

In 1999 he got hired by Sara Baras as a percussionist and composer of some of her works until 2006 when he moved to Madrid. It is during this stage of his life that the singer-songwriter made several collaborations outside the flamenco field with artists such as Paquito de Rivera, Celia Cruz, Chavela Vargas and Ainoha Arteta.

In 2007 he returned to Barcelona and dedicated himself to promoting his facet as a singer-songwriter with two albums in the market: Así lo siento yo and Kodigo flamenco, the latter with the collaborations of Diego Carrasco and Mayte Martín. He also worked under the orders of the theatre director Lluís Pascual as a composer, percussionist and cantaor (flamenco singer) in El Caballero de Olmedo, a work with which he is on a two-year tour.