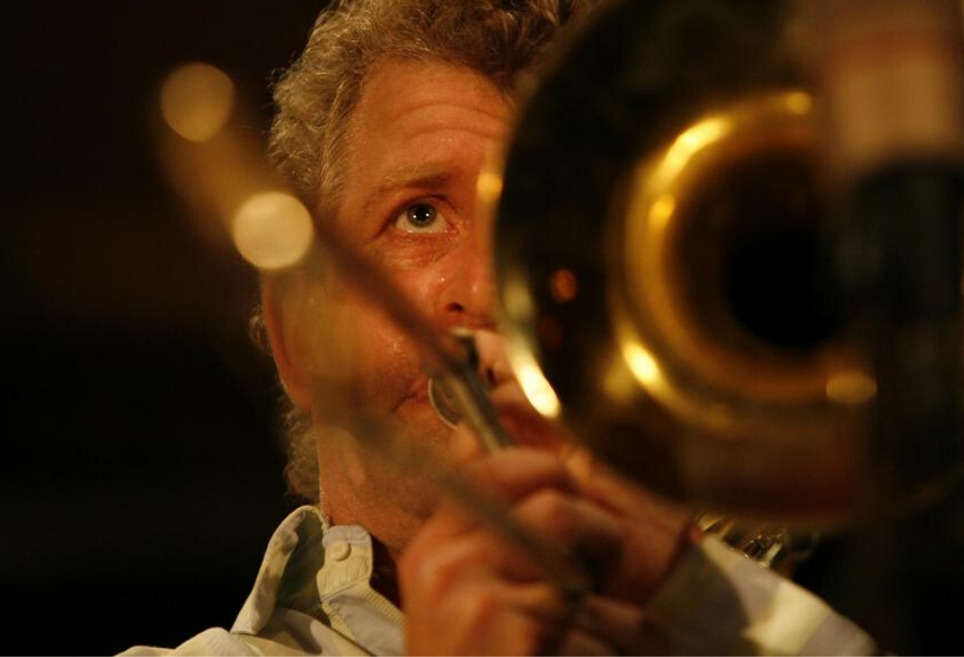 Tom Johnson is a trombonist, composer and educator. He graduated with a degree in Jazz from the Escola Superior de Música de Catalunya and furthered his training with courses, seminars and masterclasses given by Anthony Jackson, Alvaro Is, Bart van Lier, Norman Hogue, Ricart Casero, Raúl Garcia, Eddie Bert, Robin Eubanks, Dave Douglas, Sheila Jordan and Mark Feldman, among others.

In the field of theatre, he has participated in Asdrúbila by Carles Santos, Morir by Sergi Belbel, Fats Jam by Quim Lecina, Freixenet Anuncio Navideño with the actress Meg Ryan and Pandilleros by La Fundación Tony Manero. He has made soundtracks for video director Jacobo Sucari and choreographer Pepa Aranda. He has taught at the municipal music schools of Sant Feliu de Llobregat and Sant Andreu de La Barca. He was a guest teacher for the masterclass “Writing and Working with a Wind Section”, (Vitoria 2008).