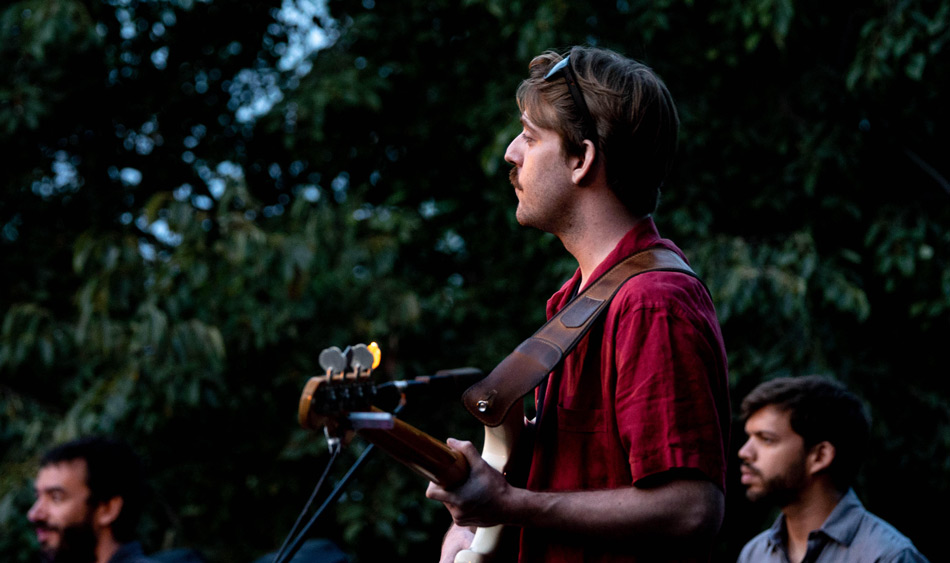 Gerard Cassola began his classical music studies at the Escola de Música Virtèlia where he studied the basic level diploma and attended master classes with Claudi Arimany. He took part in various activities at the school, and it was thanks to the Big Band that he became interested in modern music and began to take both flute and electric bass lessons.

He continued his training at the Taller de Músics School of Music where he studied electric bass with Joan Solà-Morales and instrumental ensemble with Raül Reverter. He also studied musical language with Cristina Canet and jazz techniques, harmony and big band arrangements with Jordi Riera.

Later on, he entered the Higher Degree in Jazz and Modern Music Performance at the Taller de Músics ESEM where he studied electric bass with Manel Vega and Martin Leiton, and double bass with Pau Lligadas. During this period, he attended master classes with Chris Cheek, Bruce Barth, Perico Sambeat, Charles McPherson, John Stowell and Carles Benavent among others, and participated in Ramón Ángel Rey and Joan Monné’s classes.

In 2019 he attended the international seminar Global Music Foundation where he taught with Mark Hodgson and Jaume Llombart.

He was a member of the Young Effervescence Big Band conducted by Marcel·lí Bayer and has collaborated with Vicent Pérez, Laia Vallés, Néstor Giménez, Núria G. Cols and Perico Sambeat. He has also been member of the Less Hard Kick quartet and the Mireia Vidal Quintet.

On top of that, he has played and recorded with groups as diverse as La Folie, Shindo, Ash Franc, Monique Makon and Homes Llúdriga, and as a collaborator in Cor Carlit Gospel, Ruc N’Roll and Ovella Xao.

In the teaching field, he is currently a teacher at the Taller de Músics School of Music.