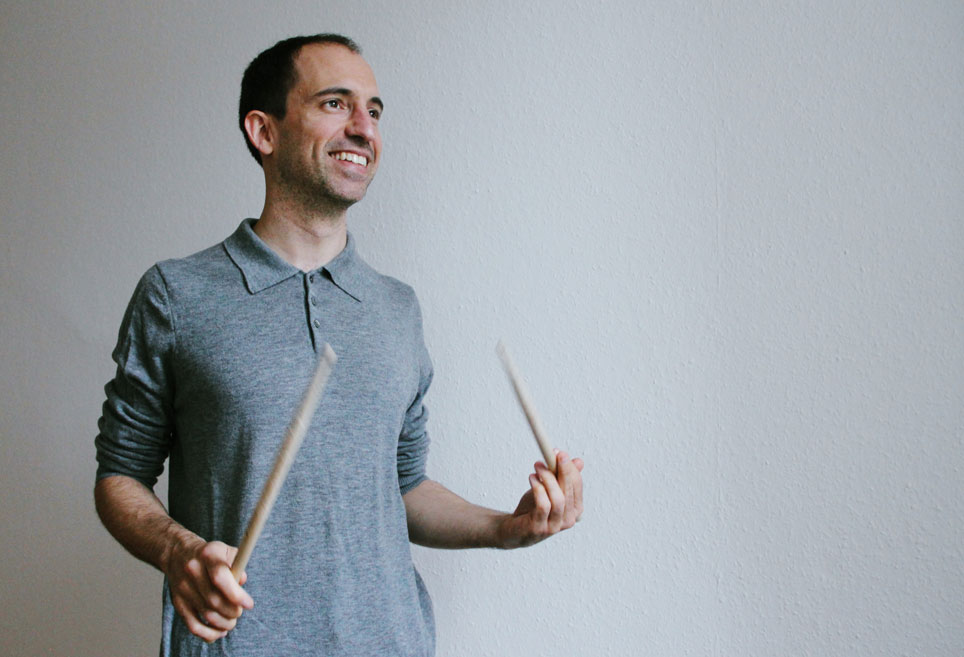 Joan Terol Amigó has had a balanced experience of training and working in Catalonia, the Netherlands and Germany. Some of the most outstanding projects in which he participates are Xavi Torres Trio, The BvR Flamenco Big Band, Maarten Hogenhuis Trio, Néstor Giménez Orchestra, Pere Bujosa Trio and Los Tres Tenores.

He began playing the drums at the age of 14 with the teacher Àngel Hernàndez at the Escola de Música Xilòfon in Reus. Later he moved to Barcelona to study at L’Aula de Música Moderna i Jazz with Quim Solé and, subsequently, at the ESMUC with Jo Krause, Joan Monné and Francesc Capella, where he graduated as a jazz drummer in 2010. A year later he decided to move to the capital of the Netherlands to study a master’s degree in performance at the Conservatorium van Amsterdam, the city where he has spent a large part of his professional career as a performer. At the beginning of 2020 he moved to Berlin.

During his career he has recorded some fifty albums and has played in some of the most important international jazz clubs and festivals with renowned musicians such as Benny Golson, Lee Konitz, Jorge Rossy, Jesse Davis, Maria Schneider, Jesse van Ruller, Joe Magnarelli, Grant Stewart, Ben van Gelder, Reinier Baas, Joris Roelofs, Dena DeRose, Carla Cook and Aruán Ortiz, among others. During his years of training he has attended several masterclasses, most notably those of Elvin Jones, Branford Marsalis, Bobby McFerrin, Greg Hutchinson, Bill Stewart, Brad Mehldau, Mulgrew Miller and Peter Erskine.

He has taught drums at the Aula de Música Moderna y Jazz de Reus, at Music For Life in Amsterdam and at Greifmusic in Berlin, as well as giving numerous masterclasses and workshops at the Conservatorio Superior de Música de las Islas Baleares, at the Talleres Musicales de Avignon and at the Associazione Musicale Francesco Manzato in Treviso, among others.

He is also currently a teacher at the Reus Conservatory of Music.