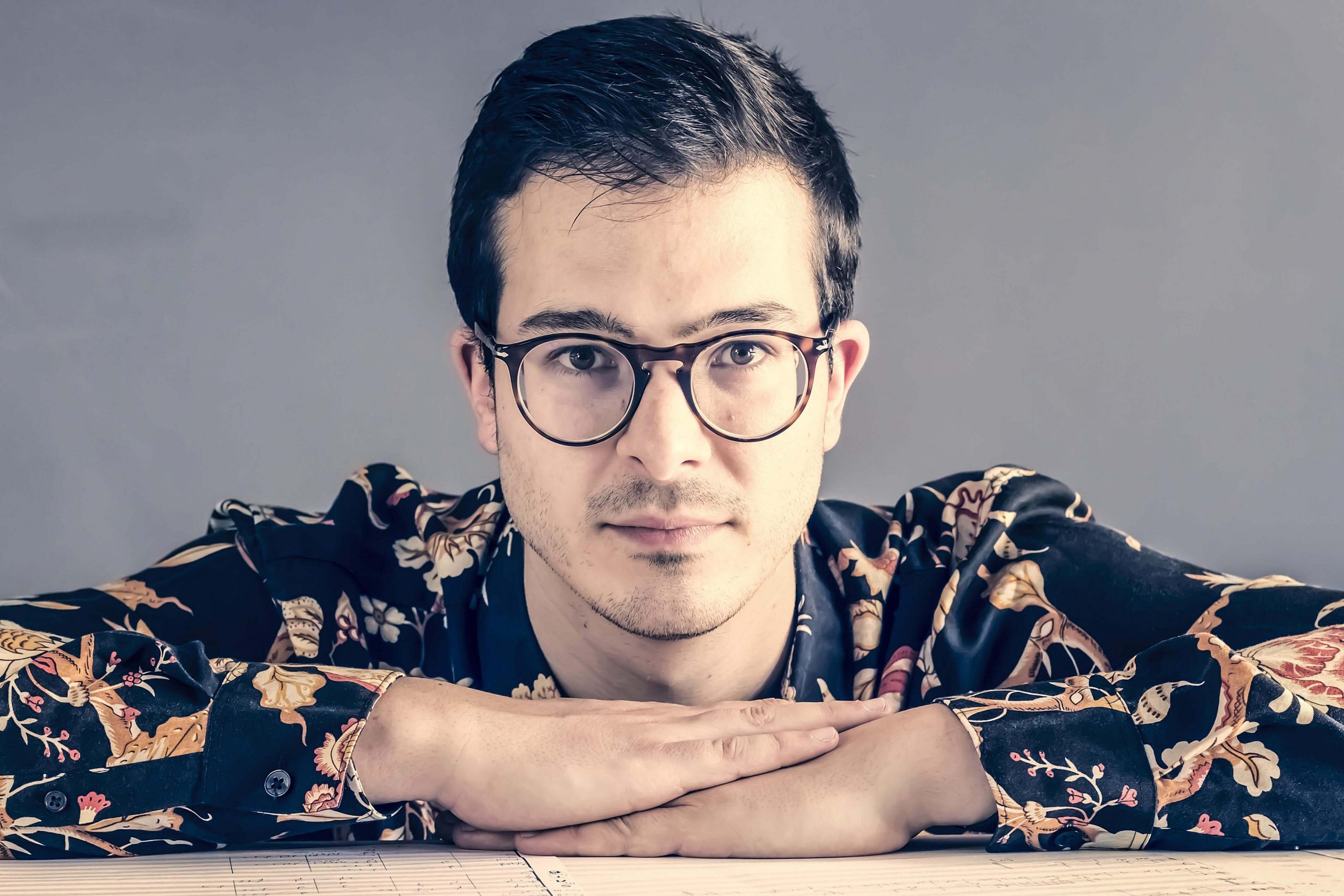 Coordinator of the Bachelor Degree in Music Composition

Born in 1991, Juan Jurado began his musical studies at the age of four with the piano, later with the classical soprano saxophone and, recently, with the cello. He graduated in 2014 from the Conservatori Superior del Liceu in the speciality of composition with the highest marks and the Extraordinary Prize. He also studied at the Sibelius Academy in Helsinki (Finland). He has studied and worked with composers such as Juhani Nuorvala, José Nieto, Willem Dragstra, Matthew Whittall, Tapio Tuomela, Risto Väisanen, Manel Ribera and Benet Casablancas.

Juan Jurado is a composer and orchestra conductor from Barcelona (Spain). His production is mainly dedicated to vocal and choral music, as well as to stage music (dance, especially). His most outstanding productions include the music for the choreographic circus show Comme ça / Tel quel (2018), directed by the French choreographer Anna Rodríguez (show on tour around France and Nouvelle-Calédonie during 2018 spring, summer and autumn); Seven Words (2013) for mixed choir and four cellos, premiered in Helsinki and live broadcasted by the Finnish National Radio (YLE1), and the composition of Hodie Nobis (2017), an a capella choir piece commissioned by the Candomino Choir (Finland).

In the field of vocal music, his production consists of different song cycles for voice and piano as Un mal dolent (2012) or 9 insectos ingrávidos (2017), the last one with electronics. He has worked with performers like Maria Florea and Adriana Aranda and ensembles like the Candomino Choir or the HOL Choir (both from Finland) and the Sparagaria Orquestra. His music has been performed in Spain, France, Nouvelle-Calédonie (South-Pacific) and Finland, where he has lately found increasing interest in his choral catalogue.

He is one of the founders and the titular conductor of the Sparagaria Orquestra, a sinfonietta based in Catalonia, which has been performing repertoires from french impressionism to Broadway musicals.

From 2017 onwards, Juan has been the coordinator of the composition department at the Taller de Músics College (Barcelona), and part of the department staff, teaching composition, analysis and history (mainly 20th Century music history). He teaches at the Conservatoire of Bellaterra and the Music School of Casp (Barcelona) as well. His masterclasses on composition, stage music and improvisation have been presented at institutions as the Liceu Conservatoire (Barcelona), the Conservatoire de Musique et de Danse de la Nouvelle-Calédonie (Noumea, South-Pacific) and the Pôle National des Arts du Cirque Nexon Limousin.

Regarding the musical dissemination layer, he collaborates with the Spanish radio OndaCero, where he presents an alternative audition and vision applied to many different styles and epochs of the music history.