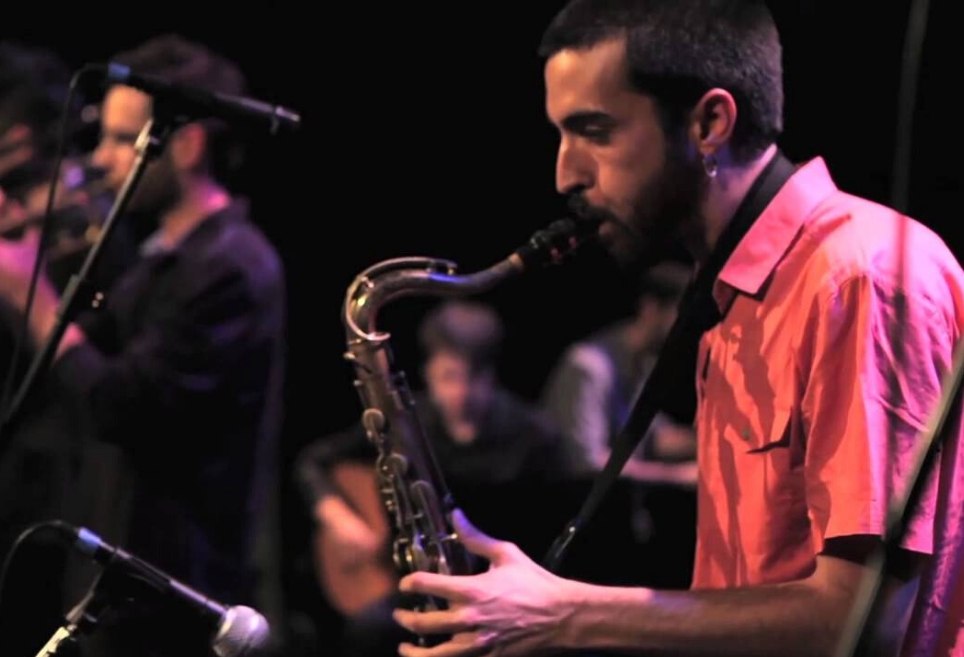 He began his musical studies at the Unió Musical l’Horta de Sant Marcel-lí (Valencia) with Juan Carlos López Luján and Miquel Morellà Asins. Later, he participated in the SedaJazz collective with Latino Blanco, Vicent Macián and Andrés Belmonte as teachers and the Catarroja Professional Conservatory, where he studied classical flute with Abel Aldás.

With more than ten years of experience with different formations as a musician, he is a stable instrumentalist and composer or collaborator in formations such as Al Tall, Obrint Pas, Perico Sambeat, Viva Tirado, Persian Pelican, Judit Nedermann, Lluc Casares and Andrea Motis, Joan Chamorro & The New Catalan Ensemble. Pau Vidal has performed in the most important concert halls and festivals in Catalonia and Valencia, such as the Auditorio de Barcelona, the Palau de la Música de Valencia, the Jamboree, the Festival Cruïlla and La Mercè, among others.

He is currently developing the Tarquín project as artistic director, composer and instrumentalist and is also a member of the Cruïlla Quartet (jazz), The Gramophone Allstars Big Band (Jamaican big band) and Champions of The Arena (Jamaican music), as well as combining it with teaching.