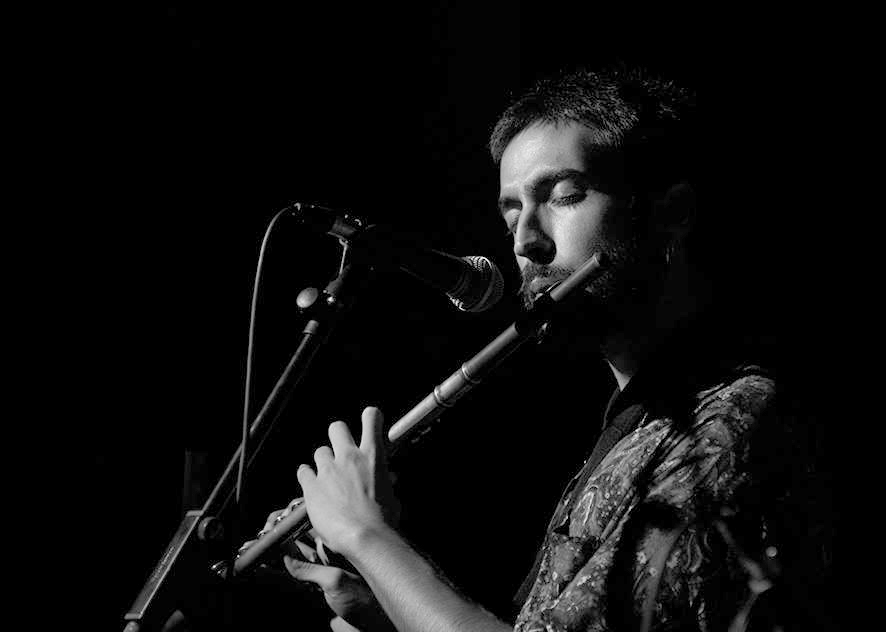 Pau Vidal was born in Valencia in 1988. He has a degree in jazz flute and modern music from the Escola Superior de Música de Catalunya (ESMUC), and is a saxophonist, composer, producer and beatmaker.

He has more than 10 years’ experience in different groups as a musician, instrumentalist, and composer and as a collaborator in groups such as Enrique Bunbury, Al Tall, Gonzalo Grau y la Clave Secreta, Perico Sambeat (Esmuc Big Band), The Gramophone All Stars Big Band with Judit Nedermann, Andrea Motis, Joan Chamorro & The New Catalan Ensemble and Lluc Casares, among others.

He is currently developing his personal project Tarquim, as artistic director, composer, lyricist, producer and instrumentalist. Following on from his first album Mar Endins (Taller de Músics, 2016), he is currently presenting his second album, A Cuba (Say it Loud, 2020), in which musicians such as Iván ‘Melón’ Lewis, Reiner Elizarde ‘Negrón’, Carlos Sarduy and Yadira Ferrer have participated.

This album is the result of his year-long stay in Havana, where he was taught by some of the island’s most important musicians, such as José Eladio Amat Medina, ‘Julito’ Padrón, Lázaro Hernández and Eduardo Rubio, flautist for the emblematic Orquesta Aragón. During this period, he also learned about Afro-Cuban music and ceremonies from folk musicians.

The album has received an excellent response from the public and the specialised critics, having been nominated for Best Fusion and Mestizaje Album at the Carles Santos Valencian Music Awards and Best Album of the Year by the specialised magazine Enlace Funk. It is also being distributed by some of the most important record distributors from Japan to Puerto Rico and from the United States to Europe.

Recently, Vidal has been immersed in different projects as a composer and producer, among others, the creation of the original soundtrack for the film La mort de Guillem (2020), co-produced by TV3, À punt and IB3, which has also been nominated for Best Soundtrack at the Valencian Audiovisual Awards 2021. He has also participated in the composition and recording of the saxophone and flute arrangements for Enrique Bunbury’s latest work Curso de Levitación Intensivo (2020), nominated for Best Rock Album at the Latin Grammy Awards 2021.

On his more electronic side, as a producer and beatmaker, he is the author of the beat tape A Tribute to Dorothy Ashby (2019) and is preparing his new album. In addition, for some years now, he has been teaching at the Taller de Músics School of Music.