Our students are going to Poland

Polish saxophonist Sylwester Ostrowskiis a talented musician and producer, but also a prolific cultural promoter who has turned his hometown of Sczecin into the centre of a hectic cultural agenda revolving around jazz music. He is the organizer of the Festival de Jazz de Szczecin, considered the most important jazz festival in Poland.

As a cultural promoter Sylwester also builds cultural connections worldwide. Now it is the Taller de Músics and the city of Barcelona’s turn. Sylwester participated in JAZZ I AM Barcelona International Jazz Meeting last September at the MeeThePro conference and drew up a roadmap for initial collaborations with the organization.

The first collaboration took place from 6th-9th December when Anna Colom, the singer and Taller de Músics ESEM teacher, visited the city of Szczecin along with guitarist Exequiel Coria, percussionist Lucas Balbo and dancer Mariana Martínez. In a festive and pre-Christmas atmosphere they shared their art at different events with audiences around the city, as well as disseminating flamenco music in a workshop and a masterclass and playing with Sylwester and other Polish musicians.

The next collaboration will begin on 3rd January. Five young musicians from the Escuela Taller de Músics, Daniel Palací, pianist; Cala Quintero, bassist; David Herrero Puche, drummer; Uri Garrell, singer and Ramses Matas, trumpeter, will travel to Szczecin to participate in training activities including clinics and masterclasses, as well as other professional activities such as recordings, concerts and jam sessions.

During the three intense days of the exchange, the students will work closely with leading jazz artists who will also act as tutors: Freddie Hendrix, an American trumpeter, Joris Teepe, a Dutch bassist based in the United States, and Dorrey Lin Lyles, an American gospel singer. 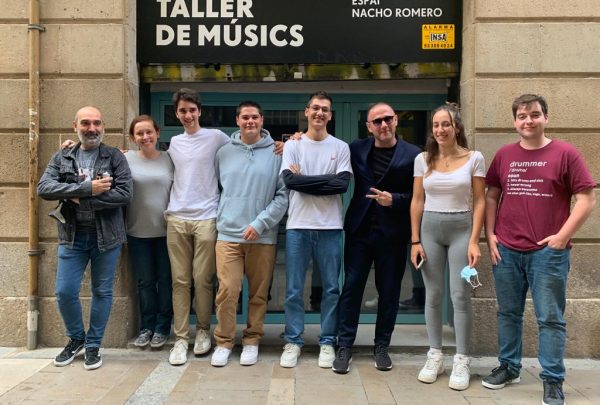 Sylwester has also so far programmed three concerts for Taller de Músics groups: Los Aurora and Chicuelo with his show Caminos on 28th February 2022, followed by Irene Reig on 10th March as part of the Szczecin Jazz Festival.

About Taller
Bachelor of Music
Management
Music School
All